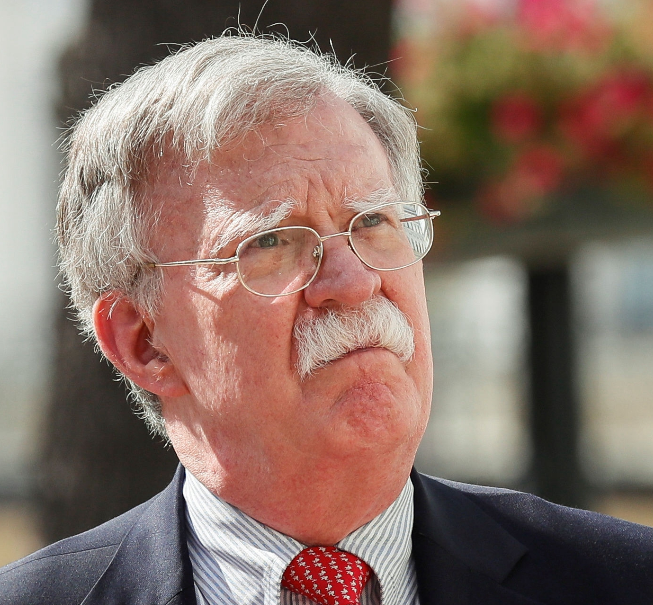 US National Security Adviser John Bolton attends a wreath-laying ceremony at the memorial for soldiers killed in a recent conflict in eastern Ukraine, in Kiev, Ukraine, August 27, 2019. (Photo: CGTN)

Bolton on Tuesday warned Ukraine of Chinese investment when paying a visit to Kiev. He is reportedly trying to block a pending sale of Ukrainian aerospace manufacturer Motor Sich to Chinese holding Beijing Skyrizon Aviation, claiming the deal is threatening US national security.

Geng rejected the groundless claim, clarifying that all cooperation under the framework of BRI follows the principle of achieving shared growth through discussion and collaboration.

Bilateral cooperation help draw on each other's strength so as to explore new opportunities and space for development, and eventually deliver win-win results, the spokesperson noted, adding that China believes most countries in the world can make the right choice.