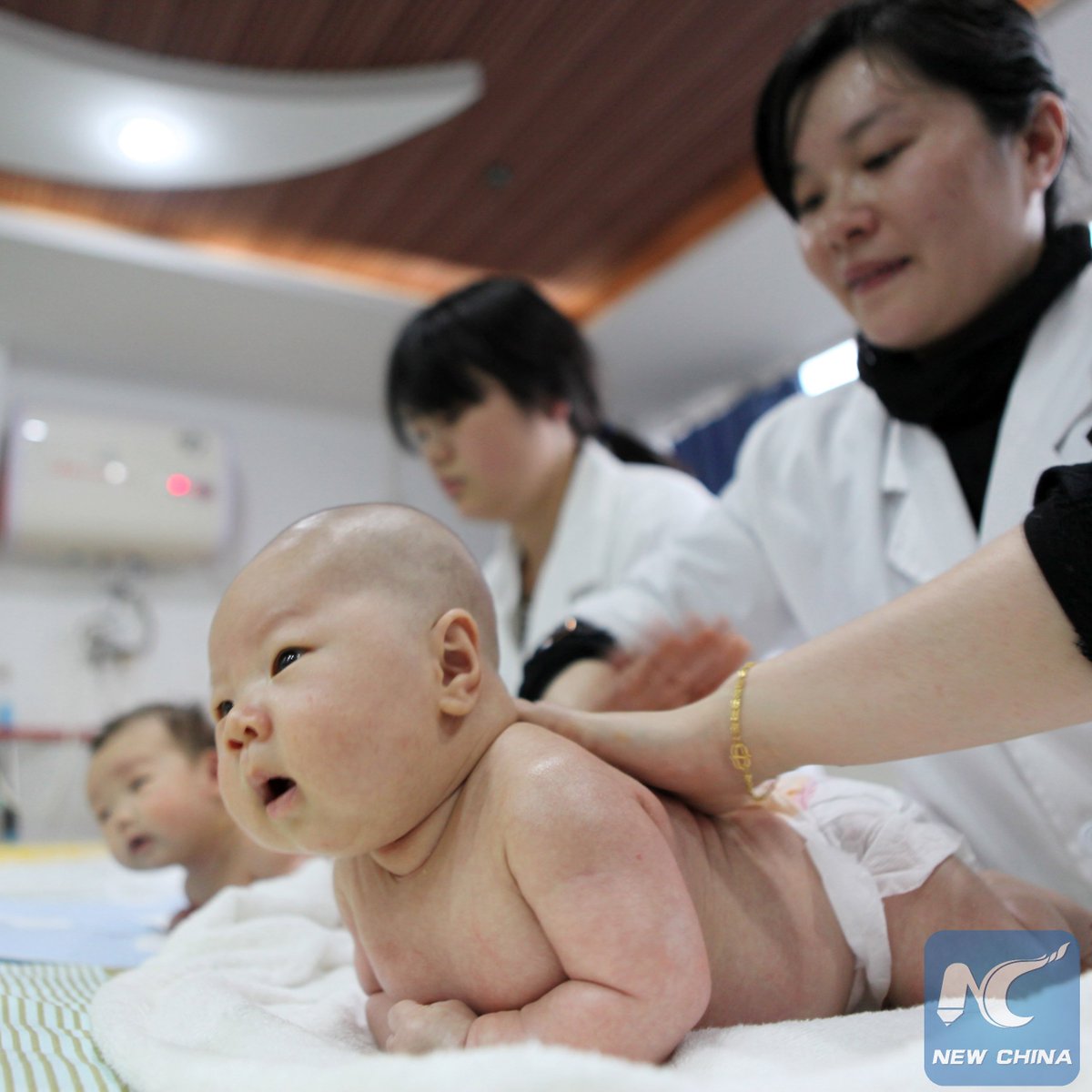 Massage is provided & swimming pools are set up as newborns are believed have innate swimming ability in China. (Photo: Xinhua)

A total of 17.58 million new babies were born in Chinese hospitals in 2017, according to figures released by the National Health Commission.

About 51 percent of the newborns were not the first child in their families, said the commission.

In response to a rapidly aging population, China allowed married couples to have two children from 2016, ending its decades-long one-child policy.