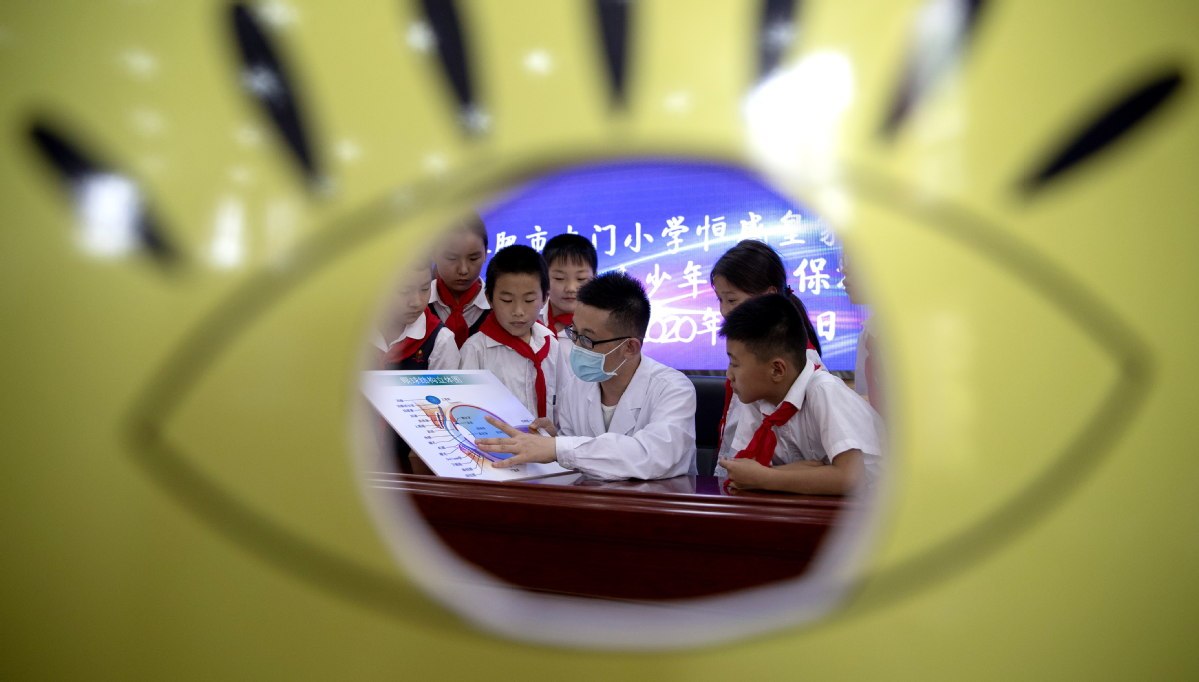 An eye doctor teaches elementary school students about the structure of the eye in Hefei, Anhui province, on June 3, 2020. The doctor's visit took place ahead of the 25th National Eye Health Day, which will fall on Saturday. (Photo: China Daily)

China has made great progress in fighting diseases that cause blindness over the past decades, with the number of visually impaired people falling greatly, according to a report released by National Health Commission on Friday, ahead of the National Eye Health Day, which falls on Saturday this year.

Trachoma, a hygiene-related eye disease that used to infect up to 90 percent of the total population in rural areas in China seven decades ago, has become rare in China, and blindness-causing trachoma was eliminated in China in 2014, the report said.

Meanwhile, the number of medical physicians specializing in eye diseases in China reached nearly 45,000 by the end of 2018, compared with less than 20,000 in 2003, the report said.

With population ageing and changing life styles, the leading causes for blindness in China, which used to be infectious diseases such as trachoma, have changed to eye diseases caused by chronic diseases and ageing including diabetes and cataract, which calls for updated prevention and control measures across China, the report said.