China has reduced the average customs clearance time for its citizens to 45 seconds since the establishment of the National Immigration Administration nearly a year ago. 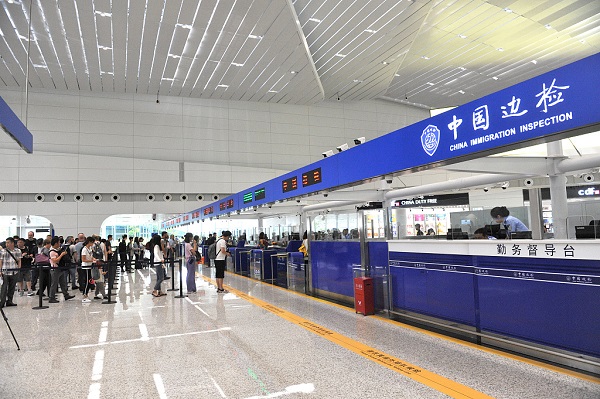 Visitors wait to get cleared at a immigration inspection checkpoint. (File Photo: VCG)

Data showed that China's border control agencies handled a total of 651 million exits and entries last year, up 9.9 percent year on year. The National Immigration Administration is administered by the Ministry of Public Security.

The administration has streamlined the process of issuing documents for exit and entry, smoothed passenger clearance and provided better services in a year-long reform, said Chen Bin, an official with the administration.

More than 150 million documents for exit and entry were issued last year, up 11.1 percent on a yearly basis. And it takes seven working days to issue a travel document for a native resident, down from 10 days.