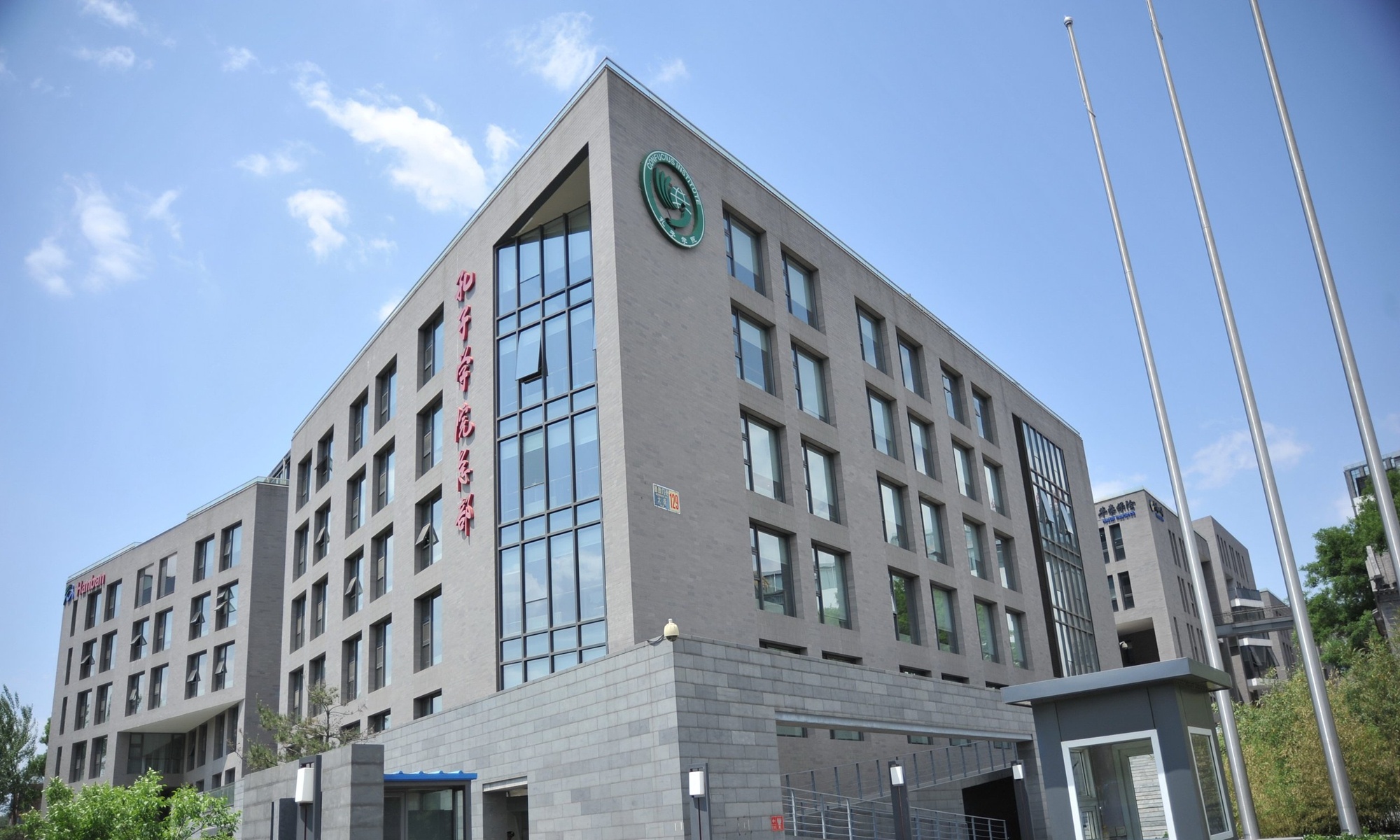 The US State Department's designation of the Confucius Institute US Center (CIUS) as a Chinese "foreign mission" in its latest malicious move against China proves that it is in a state of hysteria and that the US is losing confidence as it creates trouble to nonofficial exchanges, experts told the Global Times.

China refrained from a strong reaction to the US' latest move as it is already bored with the naive provocations the US likes to play. As the Foreign Ministry spokesperson said at Thursday's media briefing, it's a waste of time to refute US Secretary of State Mike Pompeo's lies. China has no need to react every time the US provokes, experts said.

The US Department of State on Thursday designated the CIUS, which manages Confucius Institutes co-established with American schools, as a Chinese "foreign mission." It requires the CIUS to register with the department and provide staff and property information to the US, as well as obtain permission for property acquisition.

Some 75 Confucius Institutes are operating on campuses and elsewhere in the US. There are around 500 Confucius classrooms in the country, the Department of State said.

While these institutes are not required to register yet, it's expected that the rule will force a breakup between US universities and Confucius Institutes after their contracts expire, as they would need to consider the background of the institutes when cooperating, Wu Xinbo, director of Fudan University's Center for American Studies, told the Global Times on Friday.

China urges the US to abandon its Cold War mentality and correct its mistakes, and stop politicizing educational exchange programs or interfering in normal people-to-people exchanges, Zhao said.

A specific countermeasure to the CIUS designation is unclear, but Chinese branches of US universities may face increased scrutiny, Li said.

Prominent American universities that have branches in China include Duke University and New York University. Other joint projects include cooperation between Sichuan University and the University of Pittsburgh, and the Tsinghua-Berkeley Shenzhen Institute. 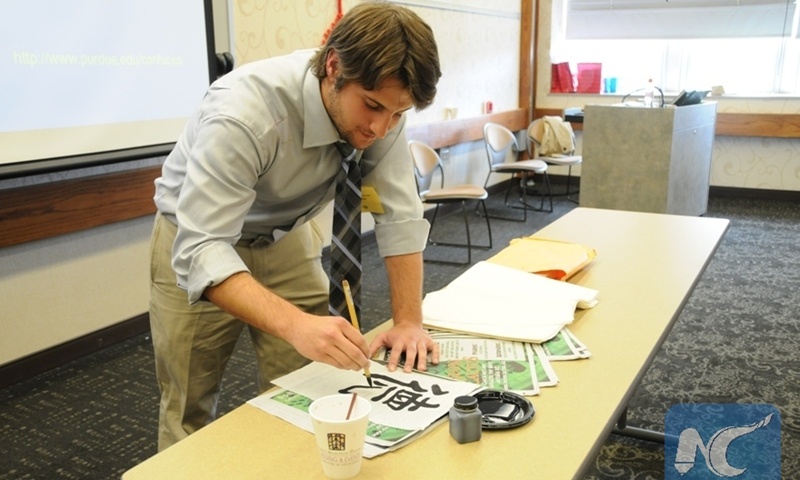 A competitor performs Chinese calligraphy during the preliminary contest of the 10th Chinese Bridge language proficiency competition for the midwest of the United States at the Confucius Institute of Purdue University, West Lafayette, Indiana, the United States, April 23, 2011. (File Photo: Xinhua)

CIUS on Friday said in a statement that it disagrees with its designation, and hopes to clear up this fundamental misunderstanding. The State Department, in its letter informing the institute of its designation, correctly acknowledged that CIUS is not a diplomatic organization, and that its employees are not government officials or representatives. But Secretary of State Mike Pompeo's press release criticized CIUS as advancing a malignant "influence campaign."

"The press release indicates the department is disconnected from the truth," CIUS said.

"We know there are a lot of pressing issues between our two countries, but the Confucius Institutes are not one of them, and we are working hard to keep it that way," it said.

But for Donald Trump, the most pressing issue for him seems to be the November election, as his approval ratings are low, given his administration's poor performance in epidemic control and the declining economy.

The Trump administration wants to play the "China card" to shift domestic problems to win votes. He has tasted some sweetness, so he would keep using it in less than three months. The CIUS is one of the tactics, and we expect more unfavorable acts against China, Li said.

Prior to the CIUS designation, the department had also labeled nine Chinese media as "foreign missions." As a countermeasure, China ordered US media outlets AP, UPI, CBS and NPR to declare information about their operations, including their staff and finances in China. 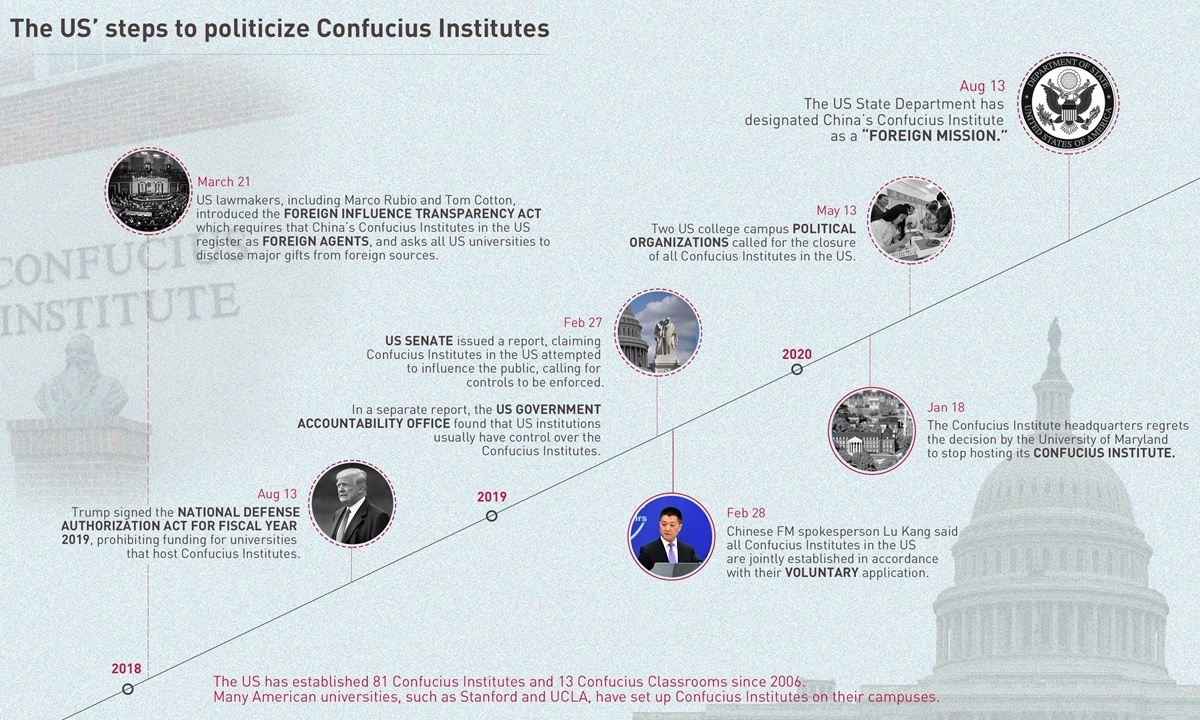 Li noted that the China-US confrontation is not only about the economy and military but also about morale, which the US is losing.

"The US has lost its confidence, and anxiety has prompted it to take extreme measures," he said.

In contrast to the Trump administration's inability in epidemic control, China quickly recovered from the ills of the epidemic, and is now accelerating economic recovery. As the US withdraws from international organizations such as the WHO, China takes on greater responsibility in world affairs. China's development makes the Trump administration feel pressure, analysts said.

Wu said China should have its own pace, and that there is no need to react every time the US makes provocative moves.

Sun Taiyi, an assistant professor of political science at Christopher Newport University, told the Global Times that the designation is part of an overall decoupling strategy.

Decoupling measures are likely to continue regardless of the result of the US election. If Joe Biden wins, he might use more rational measures to avoid derailing bilateral relations, but the overall China strategy will not change, Sun said.

"We need to protect our interests when facing a hysterical US, and the US should be cautious that the extreme policies of the Trump administration will push bilateral relations into the abyss," Li stressed.