China on Tuesday refuted the claim of its vaccine inefficacy in Chile.

The remarks about Chinese vaccines "not effective" in Chile are a pure distortion of facts and hype of the issue, China's Foreign Ministry spokesperson Wang Wenbin said at a press briefing. 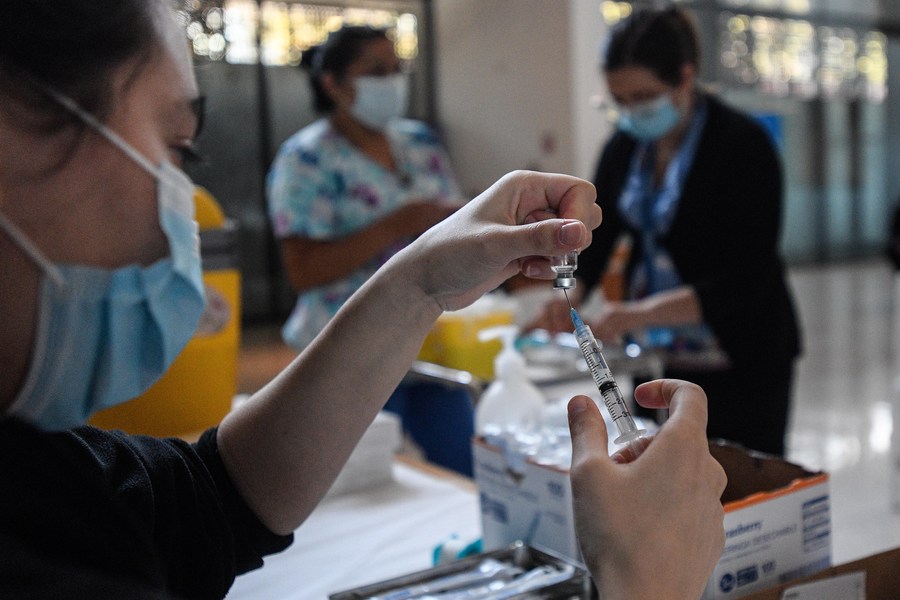 A nurse prepares a dose of COVID-19 vaccine at a vaccination site in Santiago, Chile, March 25, 2021. (Photo: Xinhua)

Wang made the remarks in response to a recent New York Times report. The story claimed that Chinese vaccines "may not be very effective" in countries like Chile where the citizens were inoculated with China's vaccines.

The head of the Chilean health department said that the remarks claiming that the vaccination in Chile has encountered problems are inaccurate.

"It really bothers me that a European authority should say the vaccine has not worked here without having any scientific information to back that up," Chilean Health Minister Enrique Paris said in response to Italy Prime Minister's remarks that China's Sinovac shot "has shown to be inadequate."

The Chilean government has repeatedly said that the facts have shown that the Sinoavc vaccine is safe and effective, said Wang.

Wang said Chilean medical experts believed that if there were no large-scale inoculation of Chinese vaccines, the consequences would be disastrous.

"We hope that the relevant media and politicians will respect the facts and the opinions of the Chilean government and people, do not mislead public opinion, and make a real contribution to promoting the availability and affordability of vaccines in developing countries, rather than counteracting them," Wang added.