China conducted close monitoring and tracking work throughout the re-entry of the Long March-5B Y2 carrier rocket remnants on Sunday, and had shared a relevant forecast via international cooperation mechanisms, the Chinese Foreign Ministry said on Monday, refuting NASA chief Bill Nelson's accusation of China's lack of transparency and failure to "act responsibly" over the event. 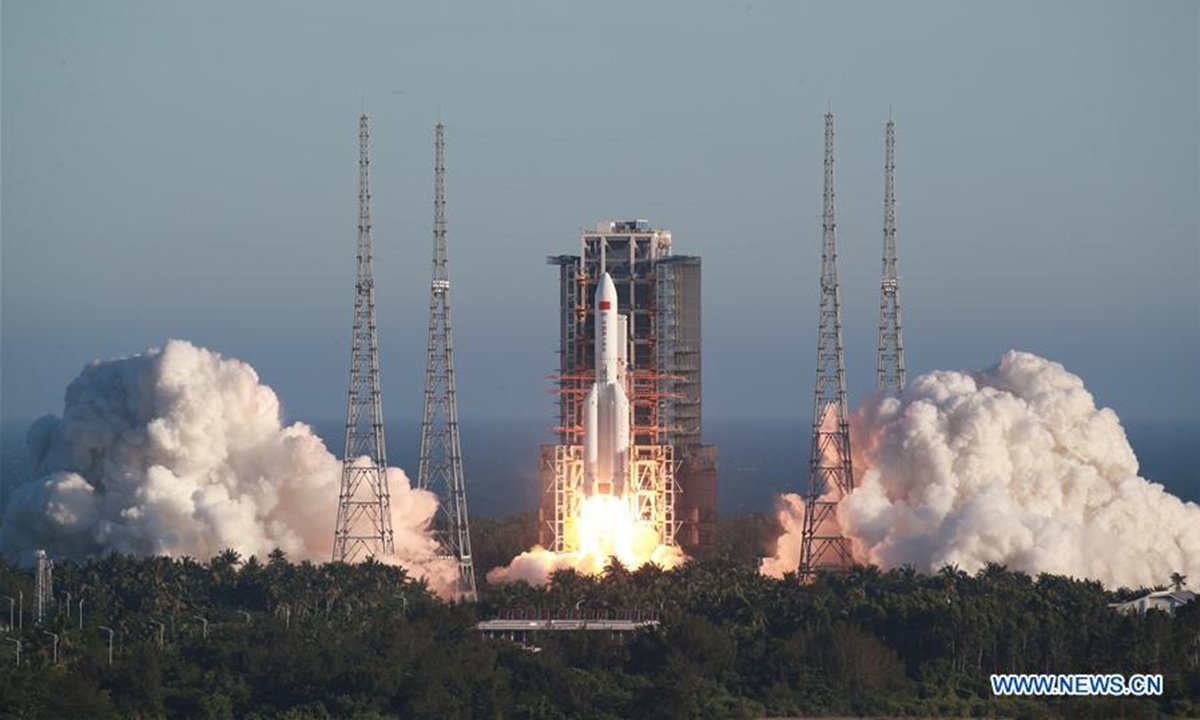 Chinese Foreign Ministry Spokesperson Hua Chunying made the comment on Monday at a routine daily briefing, in response to inquiries related to the NASA administrator's statement in which Nelson claimed that "China is failing to meet responsible standards regarding their space debris."

There have been no reports of ground damage caused by the re-entry as we speak, Hua told the media on Thursday, citing the Chinese Manned Space Agency and the China's National Space Administration, emphasizing that it is a common practice around the world for launching vehicles to undergo a natural attenuation of orbital altitude and eventually enter the atmosphere for destruction.

Hua also criticized some US media and certain individuals for their double-standards in dealing with the issue. "We can recall when a US rocket stage re-entered in March at a local farmer's property, the US media described the scene with rather romantic vocabulary such as 'comet-like trails'."

But it is another story when it comes to Chinese rockets and China, Hua said. "Some Chinese netizens joked that some US politicians might be forgetful, but the internet remembers. We are willing to work with other countries including the US in the peaceful use of outer space, but we oppose holding a double standard over the matter," she said.

Debris from China's Long March-5B Y2 carrier rocket reentered Earth's atmosphere at 10:24 am Beijing time on Sunday, with most parts burning up during the process, China Manned Space Agency said. The location of the re-entry was 72.47 degrees east longitude and 2.65 degrees north latitude, indicating somewhere in the Arabian Sea west of the Maldives.