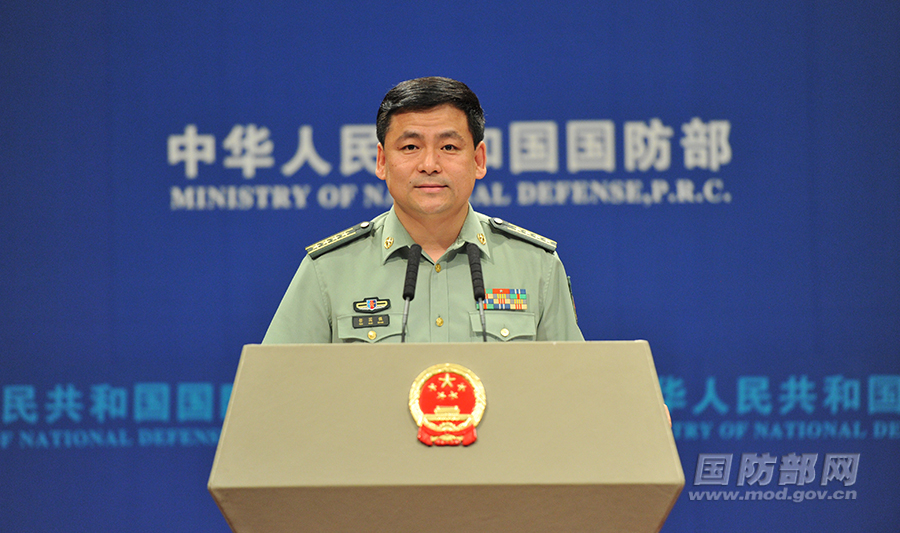 BEIJING, March 6 (Xinhua) -- A spokesperson for China's Ministry of National Defense on Friday refuted a US media report about a Chinese navy destroyer firing laser at a P-8A reconnaissance aircraft of the US armed forces from the Philippine Sea.

Spokesman Ren Guoqiang said the US media report did not accord with the reality, when responding to a query about the alleged incident.

On Feb. 17, when Chinese navy fleet formation was conducting routine exercises in the international waters, the American P-8A aircraft carried out long-period circling reconnaissance at low-altitude despite repeated warnings from the Chinese side, said Ren.

The Chinese warship's operation was safe and professional, which was also in line with relevant international laws and common practices, while the American aircraft's behavior was unfriendly in intention and unprofessional by operation, which severely threatened the safety of the vessels, aircraft and crew of both sides, he said.

China firmly opposes such act of the US side and had lodged solemn representations to the US, Ren said.

"We demand that the US side should immediately stop such provocative and dangerous acts, and cease making groundless accusations and smearing against China in order not to harm the overall relations between the two countries and armed forces," Ren stressed.