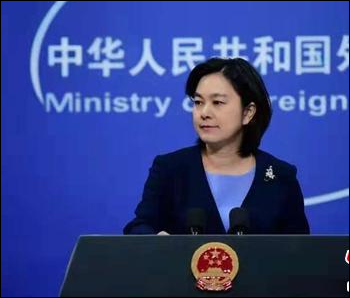 China is dissatisfied with and opposes groundless accusations by a US senator that it is severely violating the human rights of religious minorities, a Foreign Ministry spokesperson said Friday.

In a recent op-ed in Politico Magazine, US Senate Judiciary Committee Chairman Chuck Grassley accused China of massively violating the human rights of its religious minorities, saying that fighting for religious liberty should be a central part of the US-China relationship.

"I'm very surprised and regretful about the senator's ignorance and prejudice toward China, and I'm very dissatisfied with and firmly oppose his groundless accusations," spokesperson Hua Chunying told a routine press briefing.

"It is an undeniable fact that the people of all ethnic groups in China enjoy full freedom of religious beliefs in accordance with the law," she added.

Hua said religions in China mainly include Buddhism, Taoism, Islam, Catholicism and Christianity, and there are nearly 200 million religious citizens, more than 380,000 people ordained for religious duties and more than 140,000 sites for religious activities registered in accordance with the law.

"China's policies regarding religions and ethnic affairs have received support from people of all ethnic groups," she said.

The spokesperson also listed a number of issues related to the human rights situation of religious and ethnic minorities in the United States.

Citing poll statistics from Gallup and Pew, Hua said 42 percent of US citizens are extremely concerned about ethnic relations in the country, with 58 percent of respondents saying they believe racism is a serious problem and 75 percent of American Muslims saying there is a lot of discriminations against Islam in the country. A quarter of African Americans and one-tenth of Latinos, meanwhile, said they had been harassed based on their race or ethnicity.

China hopes that certain Americans can objectively and comprehensively acknowledge their own problems to do with religion and ethnicity, and do more constructive things to promote mutual understanding, trust, friendship and cooperation between the two countries, Hua said.