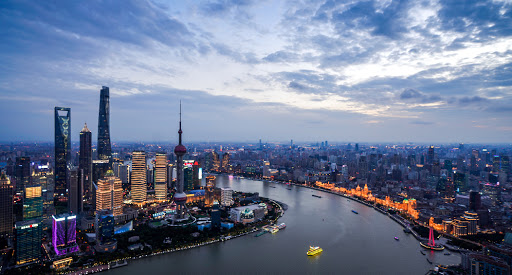 BEIJING, Sept. 28 (Xinhua) -- A Chinese Foreign Ministry spokesperson on Monday refuted environmental accusations by the U.S. Department of State, saying this is another anti-China farce staged by the United States out of political purposes.

Responding to U.S. accusations of China's greenhouse gas emissions, wildlife trafficking and marine litter, spokesperson Wang Wenbin told a news briefing that the so-called "fact sheet" is nothing but a list of sheer lies.

China's achievements in addressing climate change are widely recognized. By the end of 2019, China's CO2 emissions per unit of the GDP were cut by 48.1 percent compared with that in 2005, and the share of non-fossil fuel reached 15.3 percent, fulfilling its 2020 climate action targets ahead of schedule, Wang said.

The new afforestation in China accounted for 25 percent of the global total, and over 50 percent of the world's new energy vehicles are in China, Wang said.

China has announced that it will enhance the nationally determined contribution targets, and strive for the peaking of CO2 emissions before 2030 and carbon neutrality before 2060, he noted.

Noting that China is one of the countries that have the most stringent legislation and law enforcement on the protection of wildlife, Wang said China contributed greatly to global forest resources, sustainable forest products and trade. "By the end of 2020, China will basically achieve the goal of zero import of solid waste."

People across the world know clearly who's acting and contributing, and who's talking empty words and creating chaos, Wang said.

"We urge the United States to stop political manipulation and slandering, and make tangible contributions to the protection of global environment instead of stirring up troubles," Wang added. Enditem