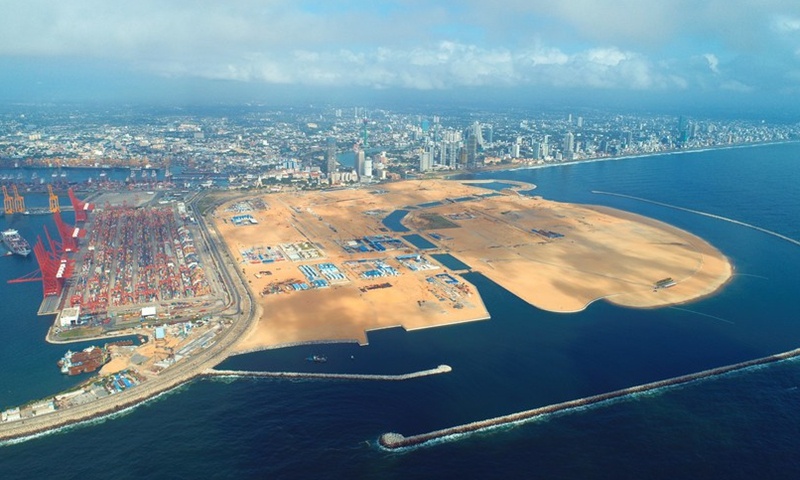 Aerial photo taken on Sept. 23, 2020 shows a view of the construction site of the Colombo Port City in Colombo, Sri Lanka. (Photo: Xinhua)

"It is so typical of some U.S. officials to force small and medium-sized countries to pick sides," said Wang Wenbin, the spokesperson, when commenting on U.S. Secretary of State Mike Pompeo's visit to Sri Lanka. Prior to his visit, it was reported that the United States might ask the south Asian nation to make difficult choices on its relations with China.

"The two countries have been developing bilateral relations keeping in mind the Five Principles of Peaceful Coexistence, and cooperating based on an equal footing and mutual benefit, which has substantively improved the well-being of people of Sri Lanka," he said.

"These are facts that cannot be shaken by any smear," he said. "We will continue working with Sri Lanka to deepen and expand bilateral strategic cooperative partnership, deliver benefits to the two peoples, and contribute to regional peace and stability."

Wang added that he had come across an article written by a Sri Lankan diplomat saying the country will handle foreign relations according to its Constitution, laws and people's will, and doesn't need any external lecturing on state governance.