CHINA China refutes US criticism of ties with El Salvador

China refutes US criticism of ties with El Salvador 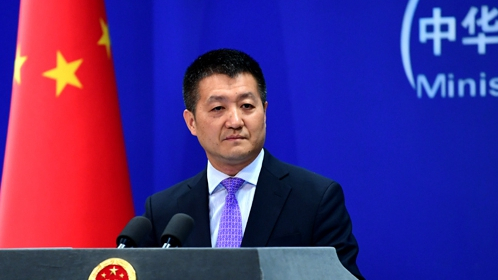 "Both China and El Salvador are independent sovereign states, and have the right to decide their diplomatic relations," said Lu Kang.

"China and El Salvador established diplomatic relations based on the one-China principle. This corresponds to the tide of history and the trend of the globe, conforms to the principles of international law and international relations, and complies with the fundamental interests of the two countries and the two peoples. This does not influence the two countries' relationships with other countries," he said.

The US Ambassador in El Salvador Jean Manes said that El Salvador's decision would impact relations between the US government and El Salvador's government.  The American Institute in Taiwan said that the Chinese mainland's move to unilaterally change the status quo would damage regional stability. Some US senators said this would push the cancellation of assistance to El Salvador from the US side.

"El Salvador made the right decision that has been made by the United Nations and 177 other countries, and others have no reason to point a finger and intervene," said Lu.

"The US established its diplomatic relations with China 39 years ago. The US on one hand prevents or even threats other countries from recognizing the one-China principle and developing a normal relationship with China, and on the other hand allows (Taiwan leader) Tsai Ing-wen to pass through the US. The US has no reason to do these and Chinese people firmly oppose these."

Lu said China urges the US to adhere to the one-China principle and the three joint communiques between the two countries, to correctly see the establishment of diplomatic relations between China and El Salvador, and to properly deal with issues concerning Taiwan.

"The US should not send wrong signals to 'Taiwan Independence' forces, avoid damaging cooperation between China and the US, and the peace and stability across the Taiwan Straits," said Lu.