China refuted on Wednesday the claim of a politician from the United States that China places other countries in “debt traps” and urged the US to have a healthy attitude towards helping Africa. 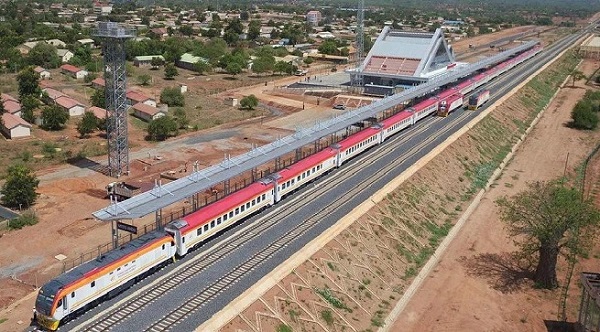 A section of Kenya’s Chinese built Standard Gauge Railway, which has been hailed as the country’s biggest infrastructural project since independence. (File Photo: CGTN)

“We would like to advise some people in the US that if they truly care about developing countries, they should take the initiative to provide some real help. If they can’t do it themselves, they should at least have a healthy attitude towards the efforts of other countries that are helping Africa with its development,” said China’s Foreign Ministry spokesperson Lu Kang at a regular press conference Wednesday.

US congressman Brad Sherman recently promoted an act to help a third country get rid of the so-called “debt trap” caused by China.

“It seems that for a long while, some US politicians have been talking about nothing but so-called 'China's debt traps'. I advise them to heed the call of the countries they are 'concerned about',” said Lu.

When giving some examples of African leaders, Lu said that Djibouti President Ismail Omar Guelleh has said that the groundless accusations by some people will not weaken Djibouti's confidence in the Belt and Road Initiative and trust in China.