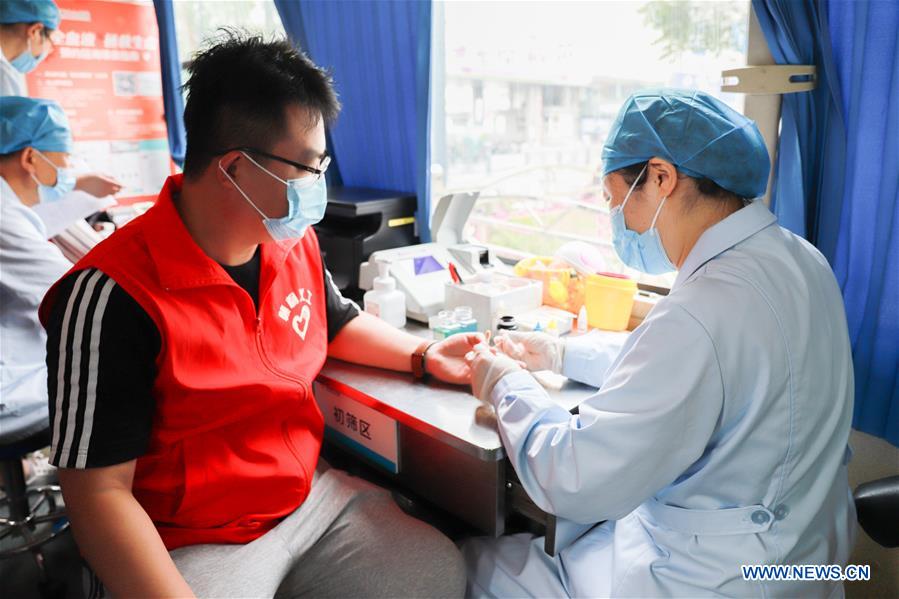 In 2020, China's blood donations had increased over 40-fold compared to 1998, the year the Blood Donation Law took effect, said Guo Yanhong, an official with the NHC, at a press conference on Thursday.

From January to April this year, there were around 5.12 million blood donations registered across China, reflecting a positive trend, Guo said.

According to the Blood Donation Law, the state advocates healthy citizens aged between 18 and 55 to donate blood voluntarily, and encourages personnel of organs of the state, soldiers on active service, and students in colleges and universities to take the lead in doing so.

The law, designed to guarantee the safe use of blood, stipulates that voluntarily donated blood can only be used in clinical practice and must not be sold.