Chinese Foreign Ministry on Wednesday expressed regrets over the US exit from the United Nations Human Rights Council (UNHRC).

"China regrets US withdrawal from the UNHRC," said spokesperson Geng Shuang. "The council is established with the demand of the UN General Assembly as an important platform for various parties to conduct dialogue, cooperation and mutual exchange and to promote the development of the human rights course," explained Geng. 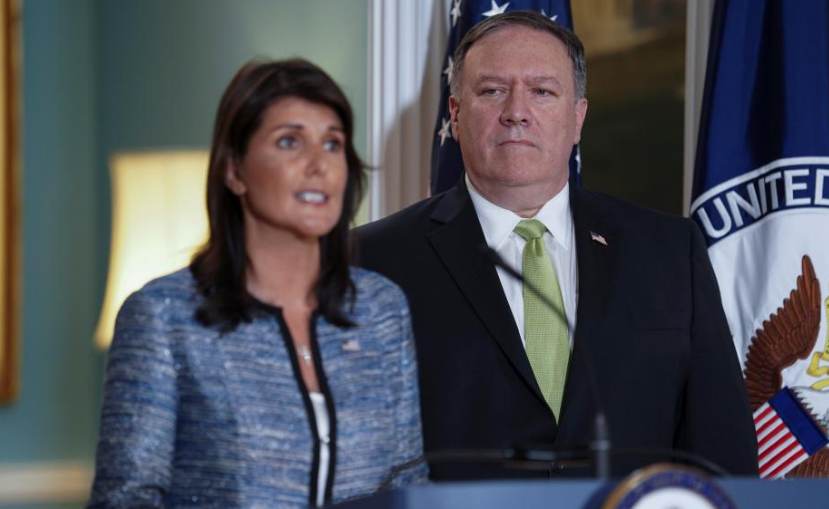 US Ambassador to the United Nations Nikki Haley talks to the press together with US Secretary of State Mike Pompeo, announcing US's withdrawal from the UN Human Rights Council at the Department of State in Washington, US, June 19, 2018. (Photo: Reuters)

He added that all parties should pay great attention to it.

"China consistently advocates and is committed to upholding multilateralism and supporting the mechanism of the human rights council," noted the spokesperson. "We will promote and protect the human rights globally, and continue to work with other parties to make our own contributions through constructive dialogue and cooperation."

The US withdrew from the body on Tuesday over what it called chronic bias against Israel and a lack of reform.

"For too long, the Human Rights Council has been a protector of human rights abusers, and a cesspool of political bias. Regrettably, it is now clear that our call for reform was not heeded," said Nikki Haley, US envoy to the UN.

The UN Human Rights Council is the latest multilateral engagement the Trump administration has pulled out.

Previously, the US already withdrew from the 2015 Paris Climate Accord, the Iran nuclear deal, the United Nations Educational, Scientific and Cultural Organization, and the Trans-Pacific Partnership, after Trump took office.