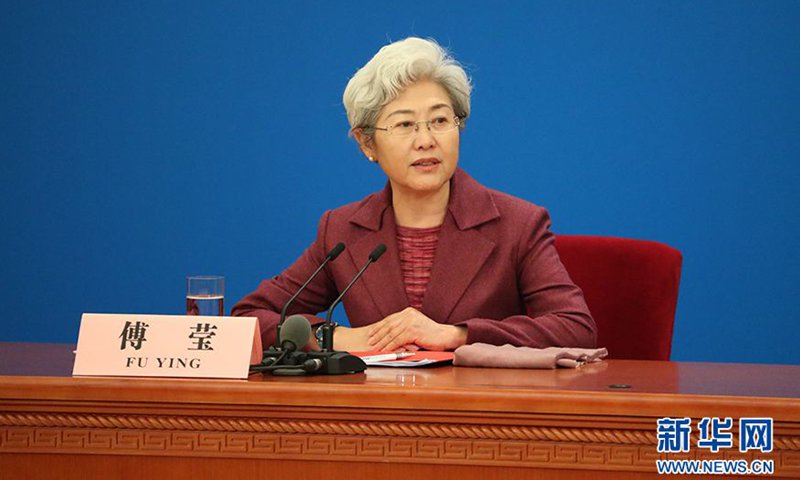 A senior Chinese diplomat said Saturday that China is committed to the principle of non-first-use of nuclear weapon, expressing concerns about the danger of nuclear development at present at the ongoing Munich Security Conference (MSC). "China maintains a very small nuclear arsenal, and China follows the policy of self-defense and minimum deterrence," said Fu Ying, a veteran diplomat and now chairperson of the Foreign Affairs Committee of the National People's Congress (NPC), China's top legislature. "China is also committed to the principle of non-first-use of nuclear weapon, and no-use of nuclear weapon against any nuclear state at any circumstances and no-use of nuclear weapon against nuclear-free zones," she added. Fu made the remarks at an MSC panel discussion about the nuclear security, on which some participants expressed their concerns over nuclear proliferation at present. "I share and express the concern about the danger, about the risk of the nuclear development," said Fu, who added that so far after many decades, the world has managed to prevent a major nuclear war, but obviously the challenges and dangers are growing. She noted that it is important that the five permanent members of the UN Security Council, namely China, United States, Russia, Britain and France, should continue their efforts and continue to take responsibility to maintain global strategic stability, to safeguard non-proliferation regime, and to continue the nuclear disarmament. China is also in support of the Comprehensive Nuclear-Test-Ban Treaty (CTBT), added Fu. She also called for efforts to upgrade global security governance. "We need to think about how to upgrade global security governance to reflect that highly integrated global economy," said Fu. "China supports and advocates the idea of common securities for all," she said, stressing that China proposes and is committed to building a community with shared future for mankind.