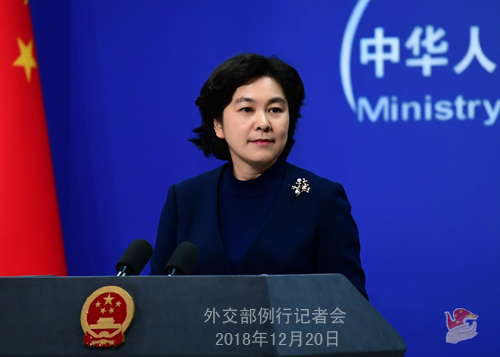 This move has severely violated basic norms governing international relations and is seriously harmful to cooperation between the two countries, Hua said.

She said the Chinese government has lodged solemn representations to the US side protesting the act.

(With imput from CGTN)