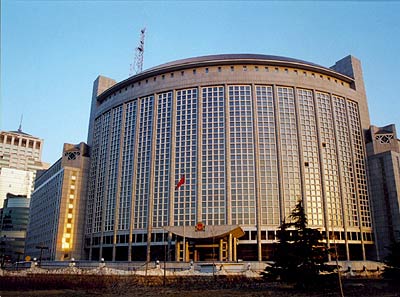 China's Foreign Ministry on Friday refuted a US senator's accusation of a "religious crackdown" targeting Christians in China.

Reports said that Senator Marco Rubio recently said in a statement that he was "deeply concerned by the escalating crackdown against Christians in China." Claiming that Muslims from Xinjiang Uygur Autonomous Region were being interned and forced into labor, he said China's efforts to "sinicize" religion were taking a devastating human toll.

"Rubio's statement is sheer nonsense," Foreign Ministry Spokesperson Hua Chunying told a routine press briefing. "This is at best a further example of the arrogance and self-righteousness of some people of the United States."

Hua said religions in China mainly include Buddhism, Taoism, Islam, Catholicism and Christianity, and that there are nearly 200 million religious believers, about 144,000 sites for religious activities registered in accordance with the law and more than 380,000 people ordained for religious duties.

"Chinese citizens enjoy full freedom of religious beliefs in accordance with the law," she added.

"Has the senator ever been to China, to Xinjiang? Does he understand the role and significance of vocational training in Xinjiang in preventing and combating violence, terrorism and extremism? De-extremism and freedom of religious beliefs are completely different things," Hua said.