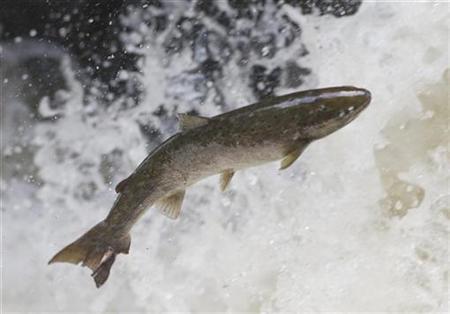 Northeast China's Heilongjiang Province on Saturday released 2 million salmon fry into the Heilong (known as the Amur in Russia) River on its border with Russia in a bid to protect the rare fish.

The Heilong River and its tributary -- the Wusuli River -- are the major birthplaces of salmon. The fish migrate to the Pacific Ocean and return to spawn after sexual maturity in three to four years.

The fishery authorities in the city of Fuyuan on the intersection of the Heilong and Wusuli rivers released the fry to boost the fish stocks and improve the ecosystem.

Since late 1980s, authorities in Fuyuan have released about 30 million salmon fry into the rivers to curb the shrinking of fish stocks.

Amid other efforts to increase fish stocks, China will impose a total 55-day fishing ban on the Heilong and Wusuli rivers this year.