BEIJING, Nov. 26 (Xinhua) -- China's State Council has released a guideline on promoting the high-quality development of Beijing's sub-center and easing the non-capital functions of Beijing. 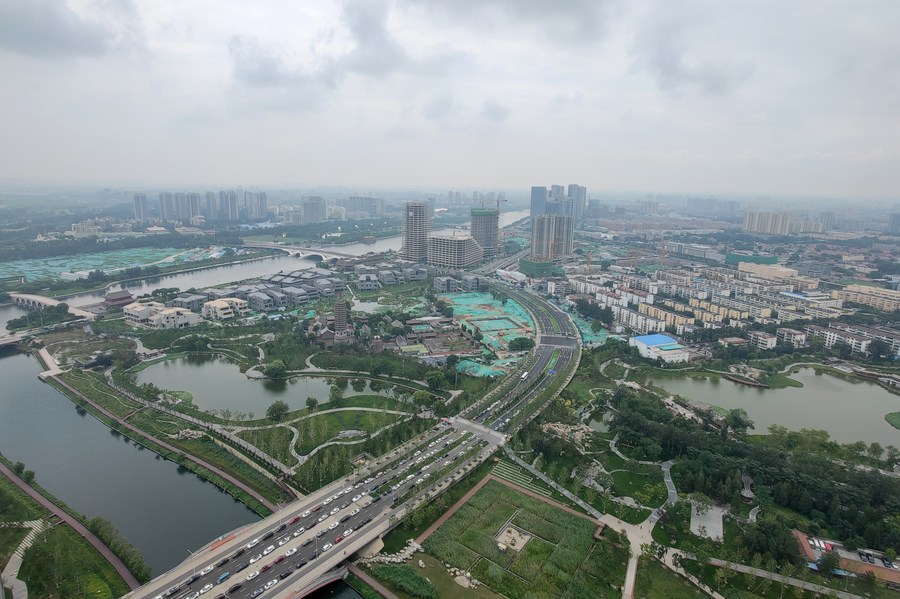 Photo taken with a mobile phone shows the business district along the Grand Canal in Tongzhou District of Beijing, capital of China, Aug. 20, 2020. (Xinhua/Ju Huanzong)

Oriented on innovative and green progress, the sub-center of Beijing shall see more functions and population transferred into its administrative area to relieve the city's non-capital duties, the guideline noted.

In the sub-center, technology and innovation, administration, business services, culture, and tourism would be elevated, said the document. Policies, measures, and pilot demonstration projects would also be carried out and tested in the sub-center.

Integrated and high-quality development of Beijing's sub-center in Tongzhou District and neighboring suburban counties and cities in Hebei Province would also be promoted, said the document.

The guideline urged the Beijing municipality to implement its primary responsibility in promoting the high-quality development of the sub-center and grant it more reform, opening-up, and innovative-development power.