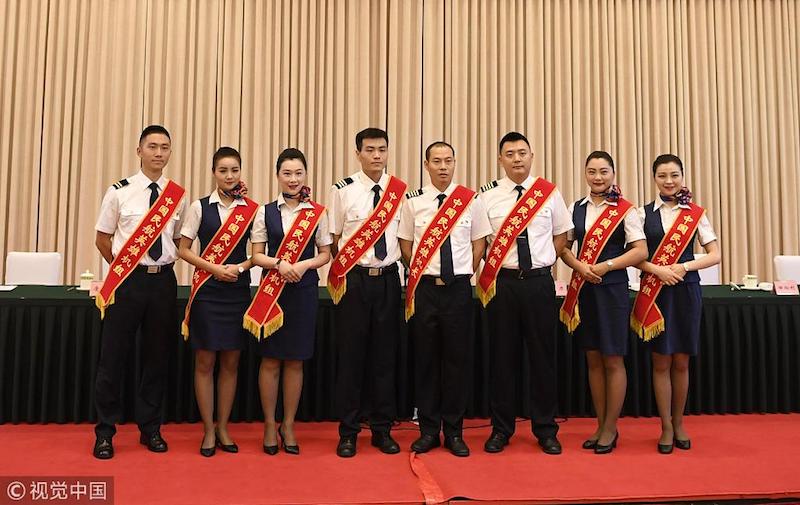 "Hero crews" of Sichuan Airlines' flight 3U8633, who helped land the airplane safely during an emergency, take a group photo. (Photo: VCG)

The award ceremony was held in Pingxiang, East China’s Jiangxi Province for  role models to interact with the people.

The list includes 108 people or groups whose samaritan practices were recommended online along with more than 2.4 million cases. The online activity has received more than 6.6 million likes and comments.

Award winners include Fang Guifu, a teacher who donates all her savings to help poverty-striken students; Cao Guangling, who takes care of a dozen orphans; Yao Meihua, the owner of a lottery outlet, who returned the grand prize to the customer; Qiu Yucai, who rescued a 4-year-old boy and his grandmother from a burning building, as well as Sichuan Airlines' "hero crews" of flight 3U8633 who successfully managed to make an emergency landing.