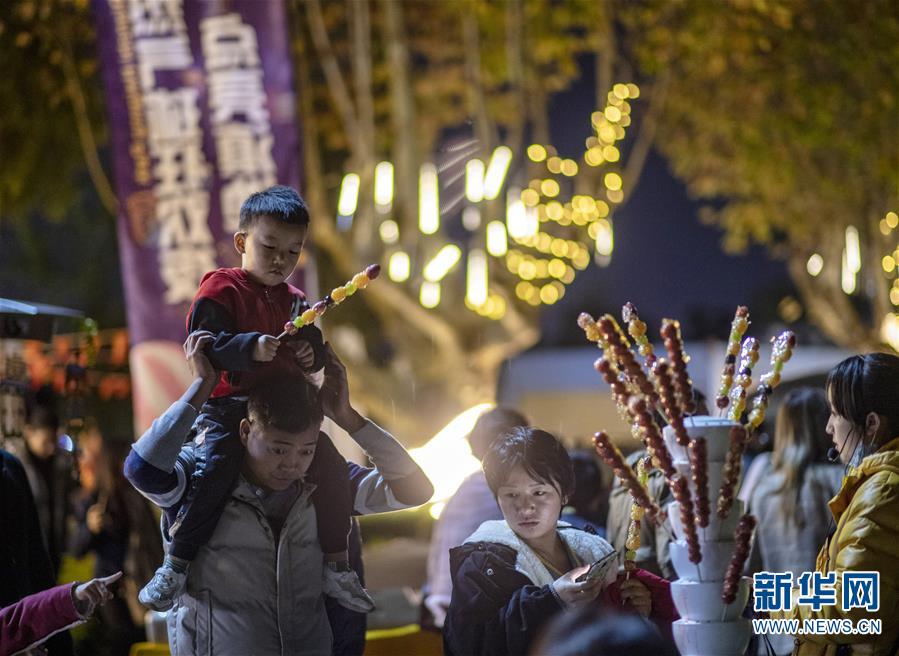 The buzzwords together encapsulate new phenomena and changes over the past year, according to the center.

The top 10 words and expressions were selected by an algorithm based on a corpus of 1 billion Chinese characters collected from publications of nine print media outlets, 20 broadcasting or television stations and four news websites between Jan. 1 and Nov. 30, 2019, said the center, adding that the final results were confirmed by its staff.

These words represent the focus and linguistic characteristics of Chinese mainstream media outlets, the organization noted.

Here are some of the buzzwords:

"Nighttime economy" refers to business activities in the service sector between 6:00 p.m. and the next morning. Tapping into the potential of consumption on shopping, catering and entertaining activities during the evening, the nighttime economy has been injecting new vitalities to China's economic growth over the past year.

The year 2019 was an epoch-making year for 5G technology as it witnessed three leading Chinese telecommunications operators grant licenses for commercial use of the technology, the commission of 86,000 5G base stations, the testing of 20 models of 5G mobile phones and the launching of monthly 5G service packages by Chinese mobile operators.

"Jiesu jiban" or "handling a complaint upon receipt"

The phrase refers to a new policy rolled out by the Beijing municipal people's government to improve the service for people's livelihood at the primary level.

This is a controversial social-media-born expression paraphrased as "apple-polishing chat group." WeChat users in such chat groups can pay for overwhelming compliments and praise as a way to boost their self-confidence.

The Chinese leadership named 2019 as "the year to alleviate burdens on primary-level authorities" in a national circular issued in early 2019, aiming to cut down some formalities and invigorate officials at the primary level.

These are the names of the mascots for the 2022 Beijing Olympic and Paralympic Winter Games. They are portrayed as a chubby giant panda and a red-lantern-image baby, respectively.

The buzzword "bucolic brands" stems from a government initiative aiming to foster brands for agricultural products or services amid efforts to advance the rural vitalization strategy.

"Pig-butchering scam" is used for a new type of online fraud in which scammers attempt to win the trust of victims through a romantic relationship before tricking them into a gambling or financing trap. The expression derives its name from how a butcher slaughters a pig after it is fattened.