BEIJING -- China's central authorities have released a five-year plan on carrying out publicity and education to raise public awareness of the law, in a bid to facilitate economic and social development in the 14th Five-Year Plan period (2021-2025). 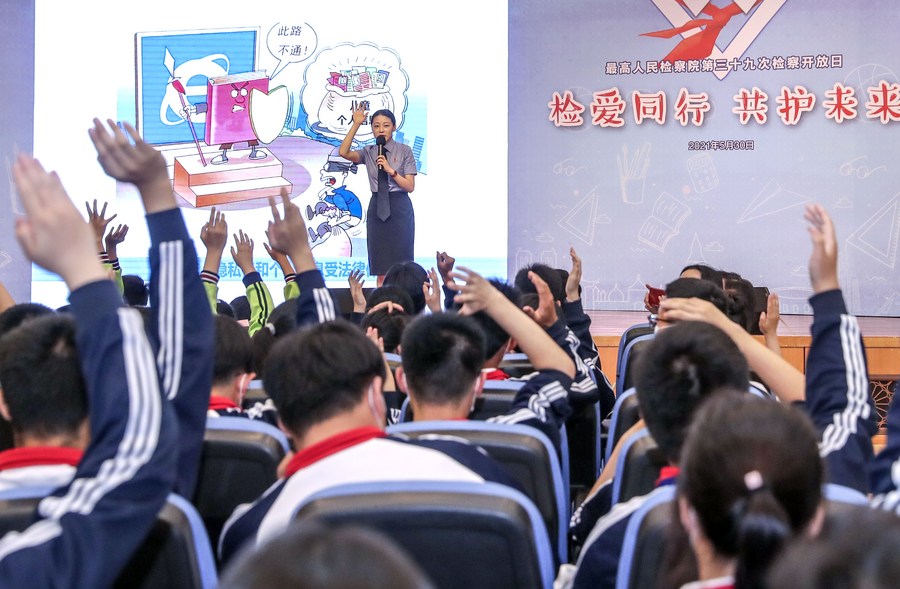 A staff member interacts with students during an "open day" activity held by the Supreme People's Procuratorate in Beijing, May 30, 2021. (Photo: Xinhua)

The country is looking to significantly improve legal awareness among the public and law-based social governance, as well as to build a more integrated system of law education by 2025, according to the plan.

The document puts forward several measures to nurture a socialist culture of rule of law, such as creating high-quality art works and productions, enhancing the preservation of the legacy that the CPC led the Chinese people to develop the rule of law in the revolutionary period, and strengthening international communication and cooperation in the field.

The application of new technologies and media is encouraged to meet the needs of a broad spectrum of people, thus improving the accuracy and effectiveness of law-publicity products.