CHONGQING, Nov. 29 (Xinhua) -- Chinese officials and researchers have released 450,000 rare fish into the upper reaches of the Yangtze River in the latest effort to restore the river's ecological environment. 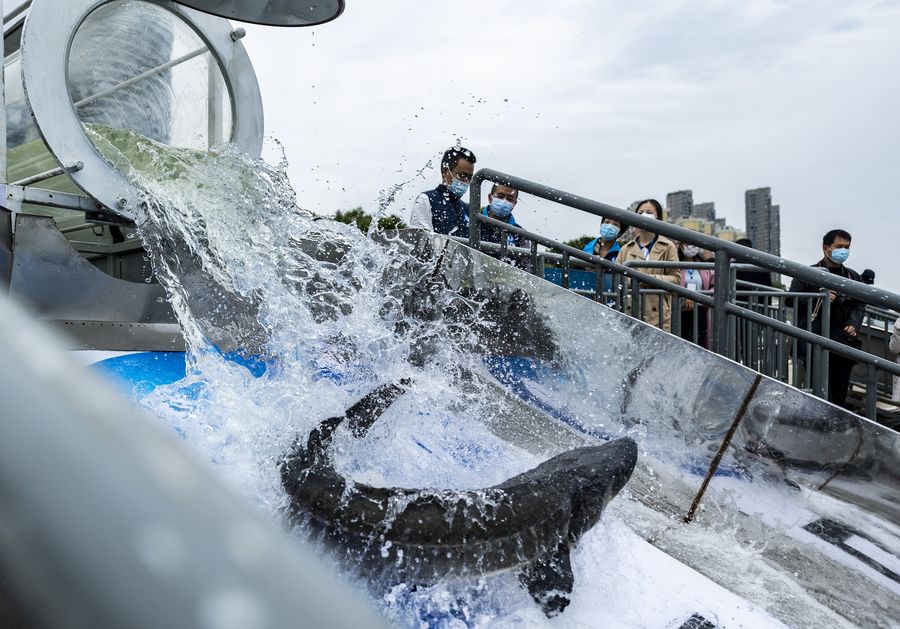 The release of the Chinese sturgeons to the Yangtze River in Yichang, central China's Hubei Province, April 22, 2020. (Photo by Zheng Jiayu/Xinhua)

The release took place in southwest China's Chongqing Municipality and was launched by multiple departments, including the national nature reserve for the protection of rare and unique fish in the upper reaches of Yangtze River.

The released batch included mullet and rock carp, which are nationally protected, and three other rare species unique to the Yangtze River. Among them, 9,300 fries of rare fish were marked to monitor their condition.

The releasing can help boost the fish stock, conserve aquatic biodiversity on the upper reaches of the Yangtze, and increase environmental awareness among locals, Wang said.

Besides releasing captive-bred fish into the river, authorities have also taken a variety of protection measures in recent years to improve the ecology of the Yangtze, such as a 10-year fishing moratorium and a ban on illegal sand mining along the river.