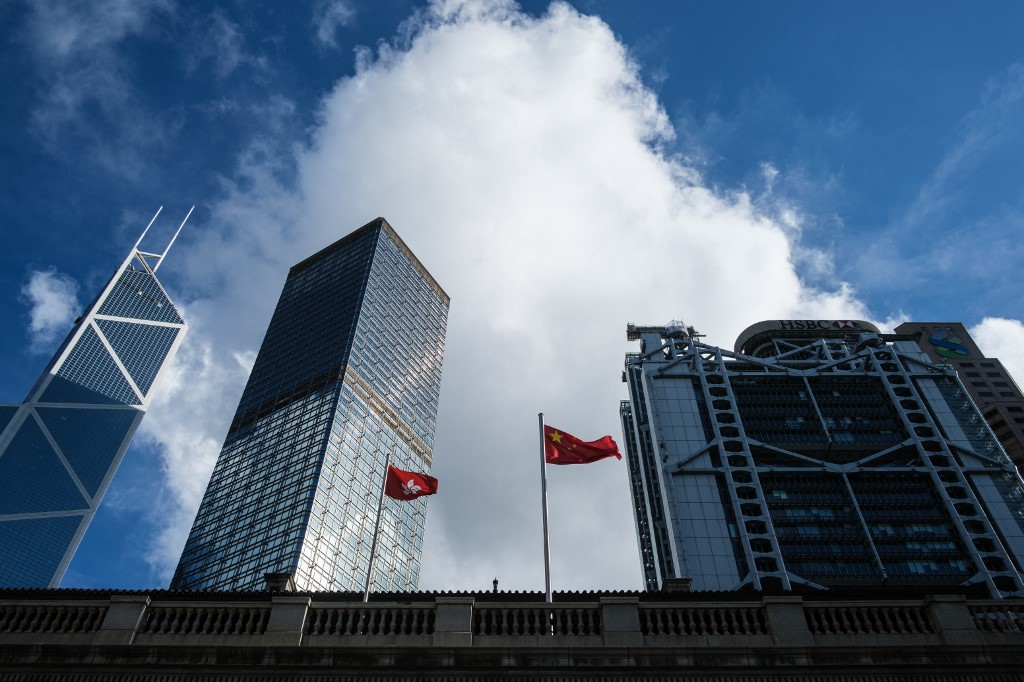 The Chinese national flag (centre R) and the Hong Kong flag are seen hoisted on poles outside the Court of Final Appeal in front of a view of (L-R) the Bank of China (Hong Kong), or BOCHK, building, The Cheung Kong building and the local HSBC headquarters building in Hong Kong on July 16, 2020. (Photo: AFP)

The proportion of the four indicators in the mechanism may be adjusted appropriately according to the macro-economic policy and development of the real economy and financial sectors, according to the rules.

The revision aims to incentivize commercial banks to better implement macro-economic policy and serve the real economy, as well as support their steady operation and high-quality development.

As part of the country's performance evaluation system for financial companies, the rules for commercial banks were initiated in 2009 and previously revised in 2016.