Global investors remain optimistic about the prospects of the Chinese economy and the huge potential of the Chinese market, with foreign direct investment (FDI) logging rapid growth in the first five months of this year, a spokesperson of China’s Ministry of Commerce (MOC) said on Thursday. 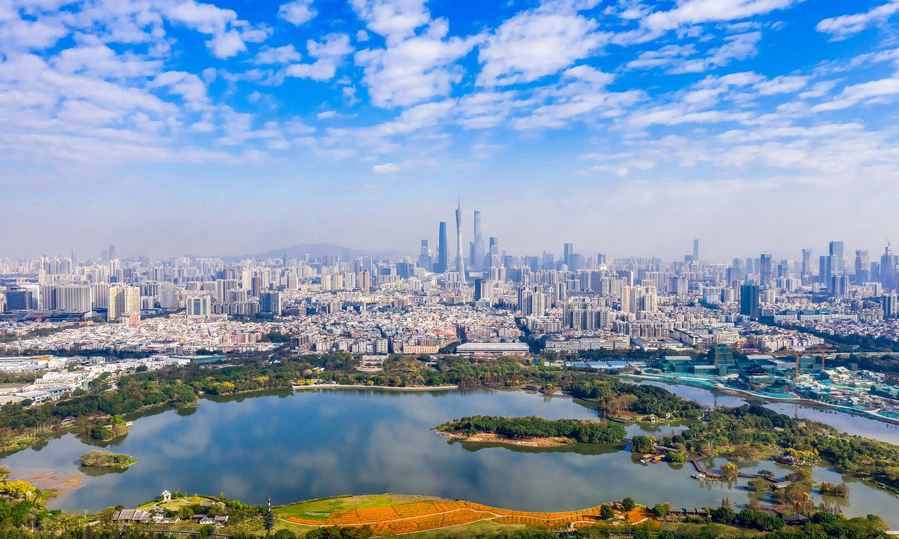 Aerial photo taken on Feb. 24, 2020 shows the Haizhu wetland and the Canton Tower in the distance in Guangzhou, south China's Guangdong Province. (Photo by Xie Huiqiang/Xinhua)

FDI into the Chinese mainland, in actual use, surged 35.4 percent year-on-year to 481 billion yuan (about US$75.3 billion) in the first five months of this year, according to data from the ministry.

Investors from all countries, including those from European companies, have demonstrated that China remains an important destination for global overseas investment, Gao Feng, spokesperson for the ministry said at a press conference on Thursday.

Some 60 percent of European companies plan to expand their business in China this year, while 73 percent of interviewed companies said they achieved profitability last year, according to a survey by the European Union Chamber of Commerce in China. About 68 percent of respondents were optimistic about business prospects for their industry in the next two years, up from 48 percent last year.

The ministry would continue to build a high-level platform for opening up, expand market access for overseas investments, strengthen services for foreign enterprises and projects, and improve the business environment so that more overseas investors could board the “express of China's development,” Gao said.