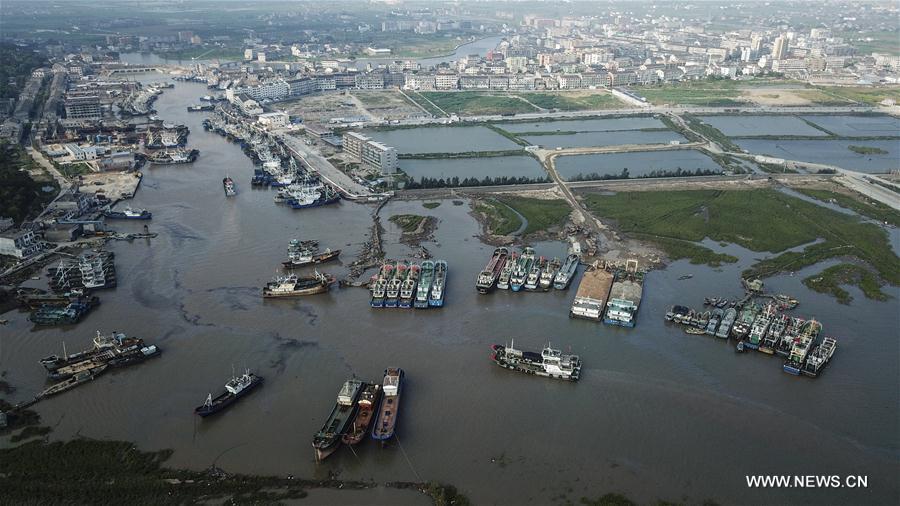 Boats are harbored in a safe haven to shelter from typhoon Yagi at a harbor in Cangnan County of Wenzhou City, east China's Zhejiang Province, Aug. 12, 2018.

BEIJING, Aug. 12 (Xinhua) -- China's national observatory on Sunday issued a blue alert for typhoon Yagi which has strengthened ahead of its forecast landfall in the eastern coastal region.

Yagi, this year's 14th typhoon, is expected to make landfall on the coast between Wenzhou and Xiangshan in Zhejiang Province as early as Sunday evening, packing winds of up to 30 meters per second, the National Meteorological Center (NMC) said in a statement.

At 5 a.m. Sunday, the eye of Yagi was 530 km offshore of the city of Taizhou, also Zhejiang.

The tropical storm will weaken after making landfall and continue to move northwest inland, the NMC said.

The NMC suggested local governments prepare for possible disasters, ships in affected areas return to port, and residents along the typhoon's path stay indoors until it passes.