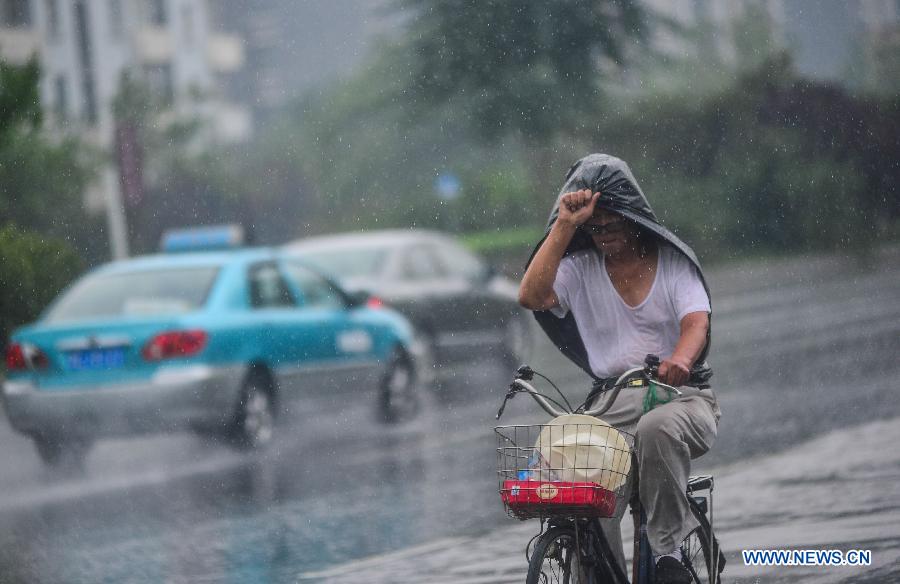 China's national observatory has renewed a blue alert for heavy rain on Sunday and Monday.

From Sunday to Monday morning, heavy rain is expected to hit parts of Inner Mongolia and Guangxi Zhuang autonomous regions, and provinces of Sichuan, Gansu, Shaanxi, Guangdong and Hainan, according to National Meteorological Center.

Some areas in Sichuan and Guangdong provinces will be hit by up to 200 mm of rainfall within 24 hours.

Continuous rain over the past week has raised the risk of natural disasters. Nearly 100,000 residents were temporarily evacuated before a flood peak passed Chongqing Municipality Saturday.

The center advised local governments to prepare for possible flooding, landslides and mudslides caused by the heavy rain and recommended outdoor operations be halted in hazardous areas.

China has a four-tier color-coded weather warning system for storms, with red representing the most severe, followed by orange, yellow and blue.