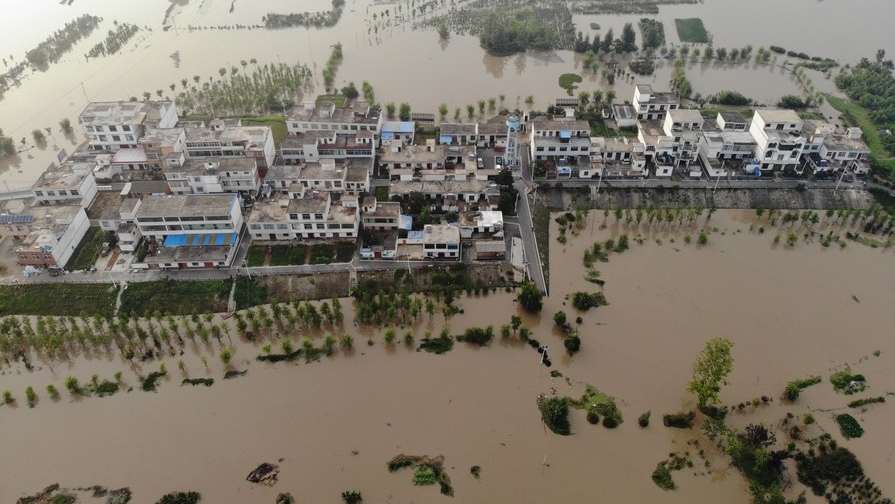 Areas of Zhejiang, Shanghai, Jiangsu, Gansu and Shaanxi will experience up to 300 mm of daily rainfall, while some of the aforementioned regions will see more than 70 mm of hourly precipitation, accompanied by thunderstorms and strong winds, the center said.

China has a four-tier, color-coded weather-warning system, with red representing the most severe, followed by orange, yellow and blue.