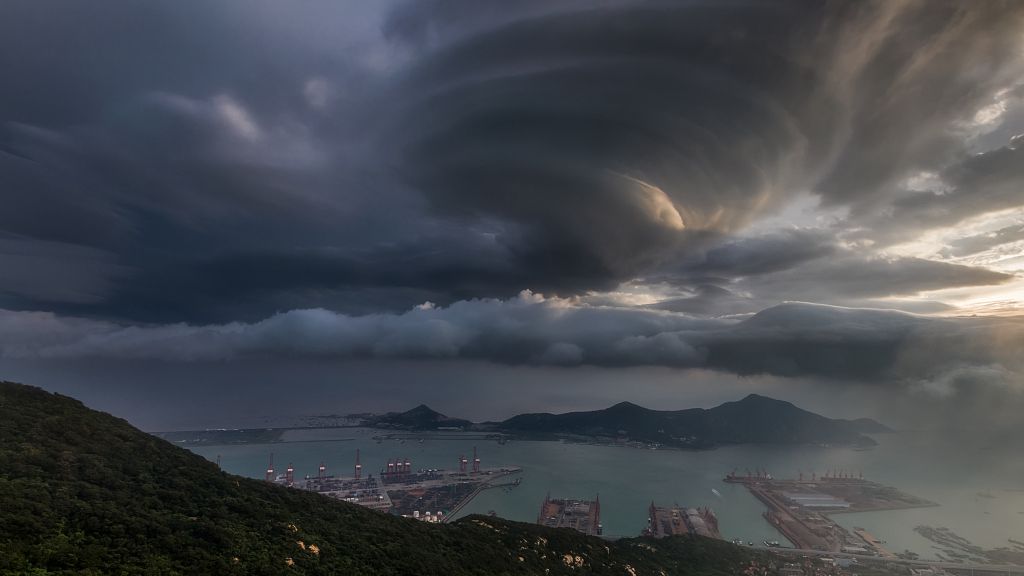 BEIJING, Aug. 23 (Xinhua) -- China's national observatory on Sunday renewed a blue alert for Typhoon Bavi, which is expected to bring gales to south and southeast China.

The typhoon, the eighth of this year, strengthened from a tropical depression Saturday morning and was observed at waters 390 km west of the city of Naha in Japan's Okinawa Prefecture at 5 a.m. Sunday, with a maximum wind force of 100.8 km/h at the center, the National Meteorological Center (NMC) said.

The NMC expects the typhoon to move northeastward at a speed of 10 km to 15 km per hour as it strengthens, before heading towards northeast China's Liaodong Peninsula from Wednesday.

From Sunday morning to Monday morning, gales are expected to hit some coastal areas of provinces and regions including Taiwan, Fujian and Zhejiang, according to the NMC.

The NMC advises people and vessels in disaster-prone areas to take shelter from winds.