BEIJING, July 28 (Xinhua) -- China's national observatory continued to issue an orange alert for high temperatures on Thursday, as intense heat waves linger in many regions of the country. 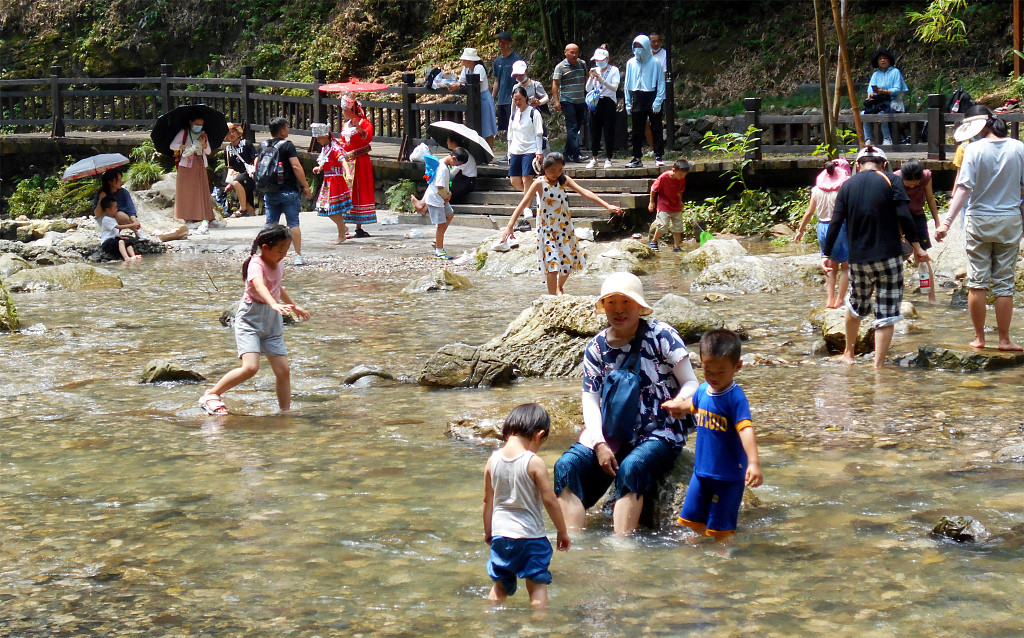 During daylight hours on Thursday, vast swathes of China's southern regions and some parts of Xinjiang and Inner Mongolia are expected to experience temperatures of over 35 degrees Celsius, the National Meteorological Center said.

Temperatures in some regions of Zhejiang, Jiangxi and Xinjiang may surpass 40 degrees Celsius, according to the forecast.

The meteorological center has advised the public to avoid outdoor activities during high-temperature periods and suggested that workers exposed to high temperatures shorten continuous working hours.