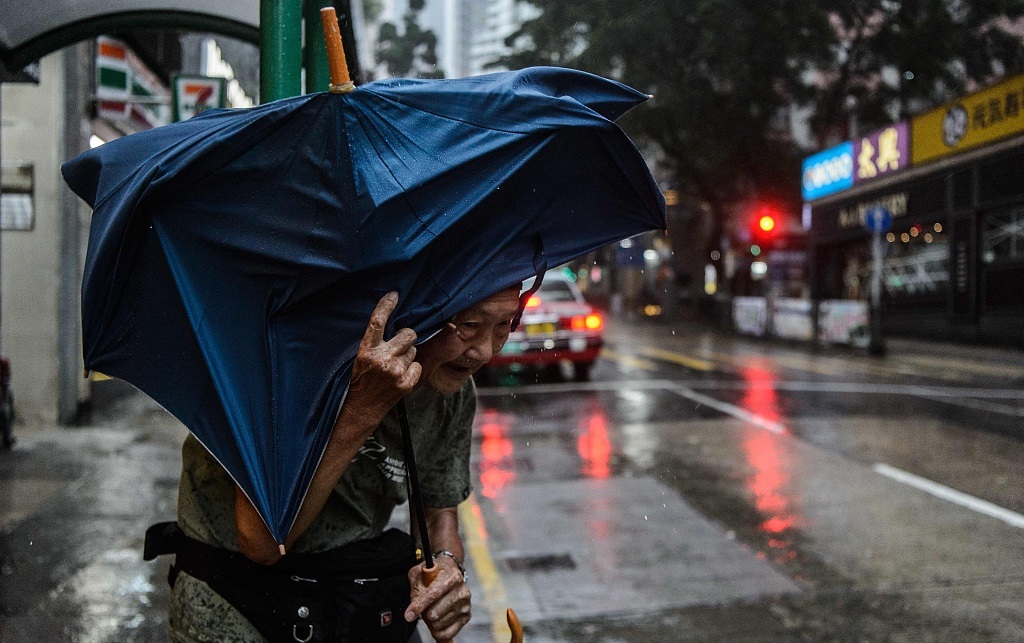 An elderly man waits for a taxi while holding his umbrella as super Typhoon Mangkhut edges closer to Hong Kong on September 16, 2018. (Photo: VCG)

Mangkhut is expected to land in the coastal areas between Zhuhai and Wuchuan of south China's Guangdong Province on Sunday afternoon or evening, the National Meteorological Center said. After the landfall, the typhoon will continue to move northwest, but its force will dwindle.

The eye of the typhoon was located on the South China Sea about 420 kilometers to the southeast of Taishan City, Guangdong, as of 5:00 a.m. Sunday, according to the center.

Southern regions including the provinces of Guangdong, Fujian and Hainan will be hit by gales and storms on Sunday and Monday, the center said.

China has a four-tier color-coded weather warning system for severe weather, with red the most serious, followed by orange, yellow and blue.