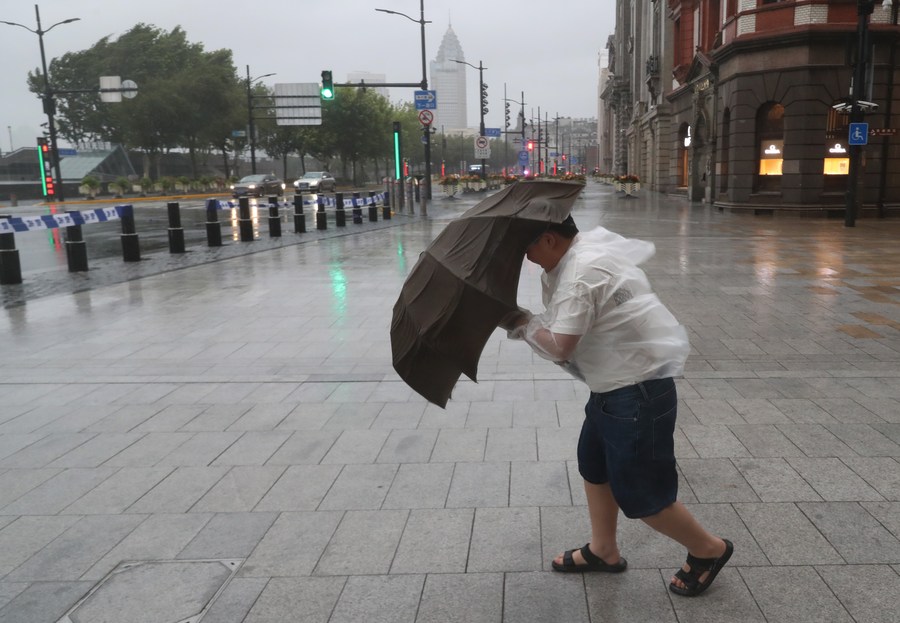 A pedestrian walks against gales on a road in Minhang District in east China's Shanghai, July 25, 2021. (Photo: Xinhua)

At 5 p.m. Monday, the center of Chanthu, the 14th typhoon of this year, moved to waters off southeastern Shanghai, at a latitude of 30.8 degrees north and a longitude of 123.2 degrees east. It packed a gale of 42 meters per second, according to the National Meteorological Center.

Moving northwestward at a speed of five to 10 km per hour, Chanthu will linger at waters near the mouth of the Yangtze River on Tuesday and Wednesday before moving northeastward and weaken on Wednesday night.

From 8 p.m. Monday to 8 p.m. Tuesday, the typhoon will bring gale-force winds and rainstorms to regions including Shanghai, Zhejiang, and Jiangsu.

China has a four-tier color-coded weather warning system, with red being the most severe warning, followed by orange, yellow and blue.