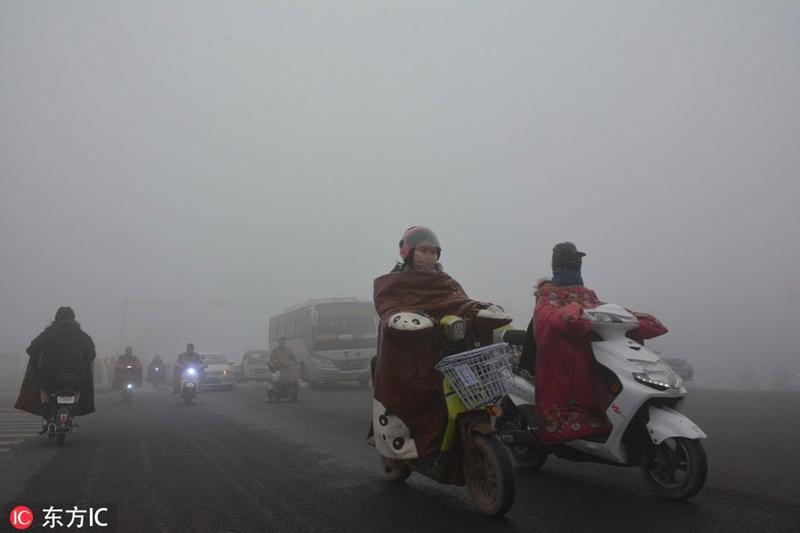 BEIJING, Dec. 8 (Xinhua) -- China's national observatory on Sunday continued to issue a yellow alert for the thick fog that will shroud parts of the country in the following two days.

A thick fog that reduced visibility to less than one km enveloped the central and southern parts of northern China, areas between the Yellow River and the Huaihe River, as well as Jiangsu and Hubei on Sunday morning, covering an area of about 500,000 square km, said a forecast from the National Meteorological Center.

Visibility in some areas of Beijing, Hebei, Henan and Shandong was less than 200 meters on Sunday morning.

The fog will linger on Monday morning and Tuesday morning, according to the forecast.

China has a three-tier color-coded warning system for fog, with red being the most serious, followed by orange and yellow.