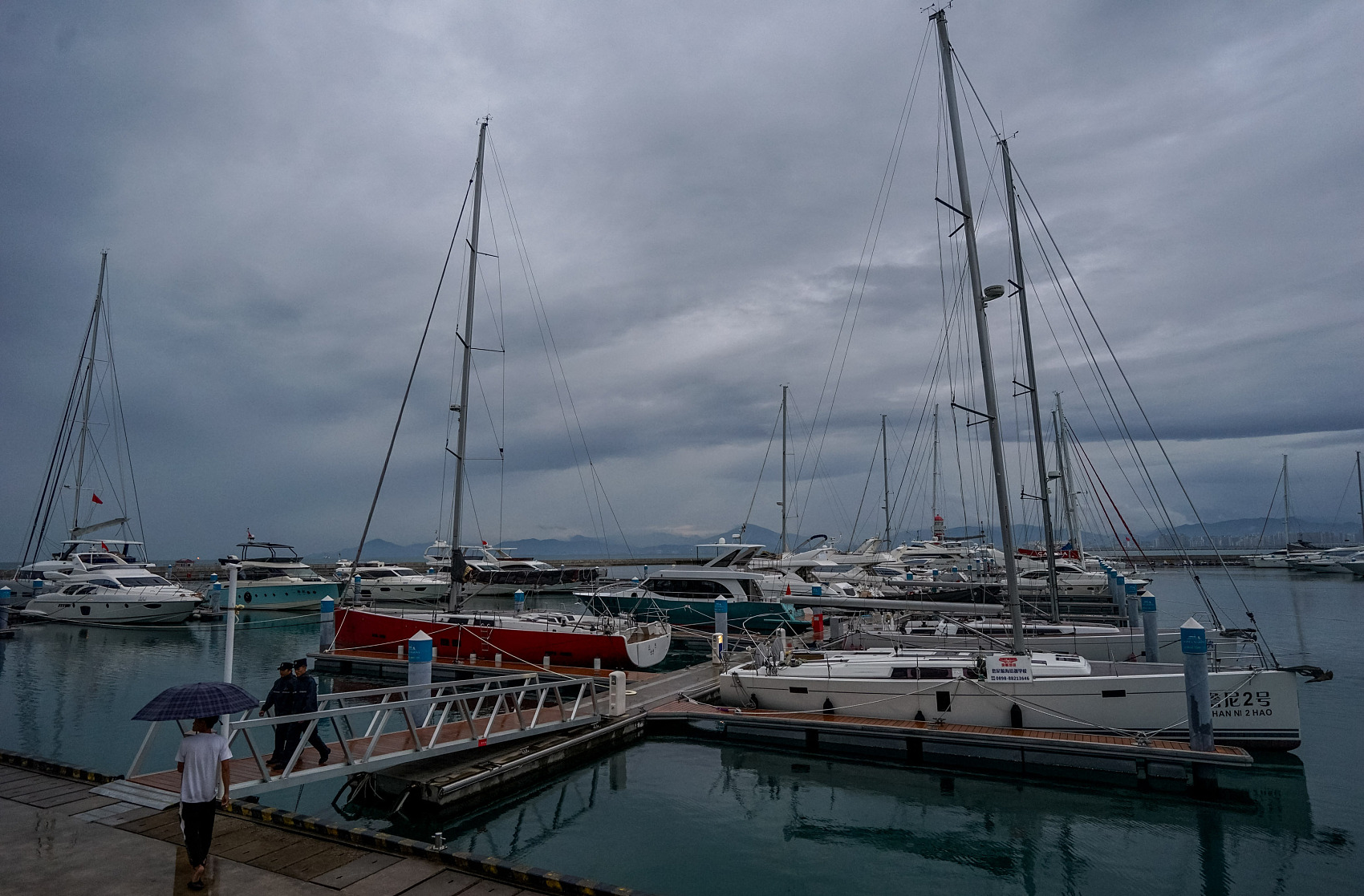 Typhoon Saudel, the 17th typhoon to hit China this year, was observed some 95 km southeast of the city of Sanya, south China's Hainan Province, packing gusts of 90 km per hour at its center, according to the National Meteorological Center (NMC).

The NMC has forecasted the typhoon will move westward at speeds of 15 km to 20 km per hour and gradually weaken.

From Sunday morning to Monday morning, gales are expected to hit parts of the Taiwan Strait, the Bashi Channel, the Qiongzhou Strait, Beibu Gulf and the South China Sea, as well as the Fujian, Guangdong and Hainan provinces.

Affected by the typhoon, some parts of Hainan Province are expected to experience up to 110 mm of rainfall within 24 hours, according to the NMC forecast.

The NMC has advised people and vessels in at-risk areas to shelter from winds.