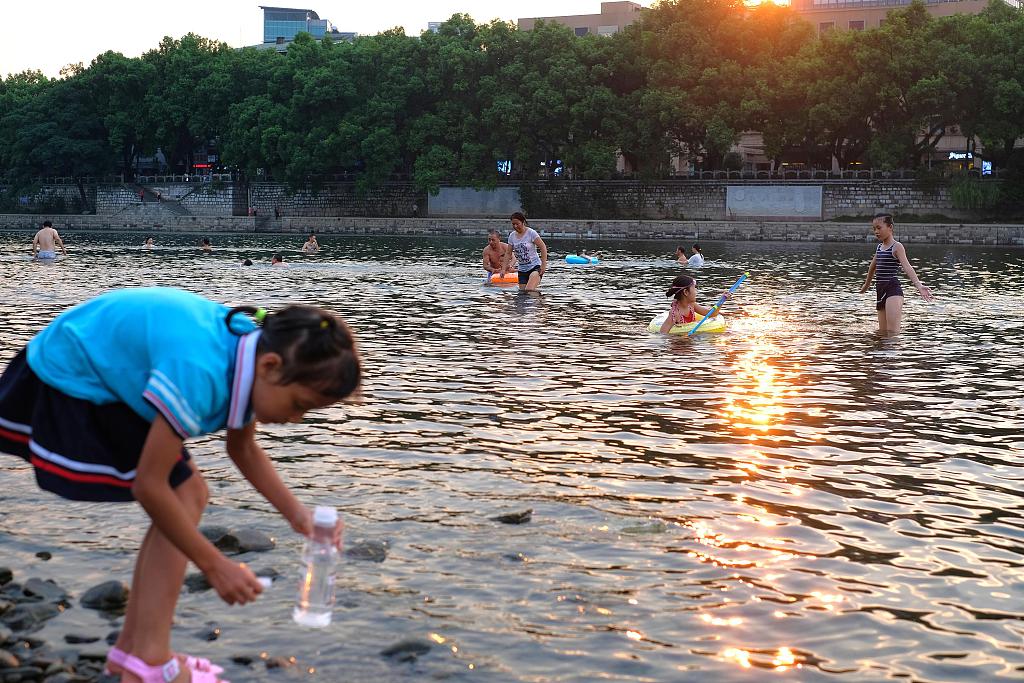 The central and northern part of Jiangxi, northwestern Fujian, eastern Sichuan Basin, northern Guangdong, Hunan and Chongqing will see the temperature rise to 37 to 39 degrees Celsius, the alert said.

Temperatures in some parts of Anhui, Chongqing, Guizhou, Guangxi and Guangdong are forecast to exceed 35 degrees Celsius.

The center suggested people avoid outdoor activities in the afternoon while outdoor workers should take protective measures to prevent too much exposure to the sun.

The safety of power equipment needs to be closely monitored as an electric overload might trigger fire-related disasters, it said.