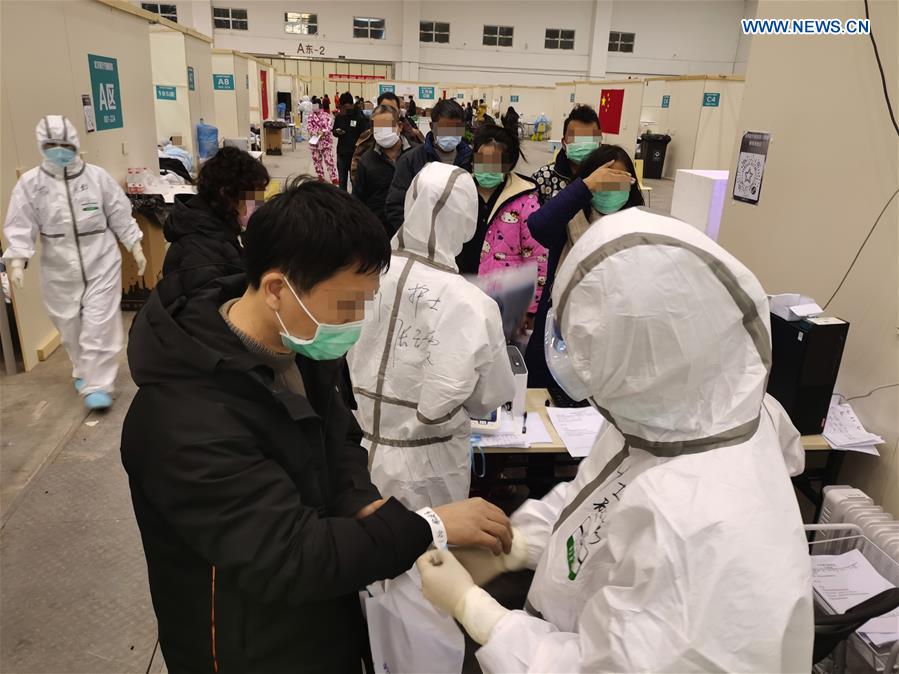 Chinese health authorities said Monday it received reports of 3,062 new confirmed cases of novel coronavirus infection and 97 deaths on Sunday from 31 provincial-level regions and the Xinjiang Production and Construction Corps.

Among the deaths, 91 were in Hubei Province, two in Anhui, as well as one in Heilongjiang, Jiangxi, Hainan and Gansu provinces respectively, according to China's National Health Commission.

Another 4,008 new suspected cases were reported Sunday, said the commission.

Also on Sunday, 296 patients became seriously ill, while 632 people were discharged from hospital after recovery.

The overall confirmed cases on the Chinese mainland had reached 40,171 by the end of Sunday, and 908 people had died of the disease.

The commission added that 6,484 patients remained in severe condition, and 23,589 people were suspected of being infected with the virus.

A total of 3,281 people had been discharged from hospital after recovery.

One patient in Macao and one in Taiwan have been discharged from hospital after recovery.

A total of 3,281 patients infected with the novel coronavirus had been discharged from hospital after recovery by the end of Sunday, Chinese health authorities announced Monday.

Sunday saw 632 people walk out of the hospital after recovery, including 356 in Hubei Province, the National Health Commission said in its daily report.

By the end of Sunday, a total of 908 people had died of the disease and 40,171 confirmed cases of novel coronavirus infection had been reported in 31 provincial-level regions and the Xinjiang Production and Construction Corps in China.