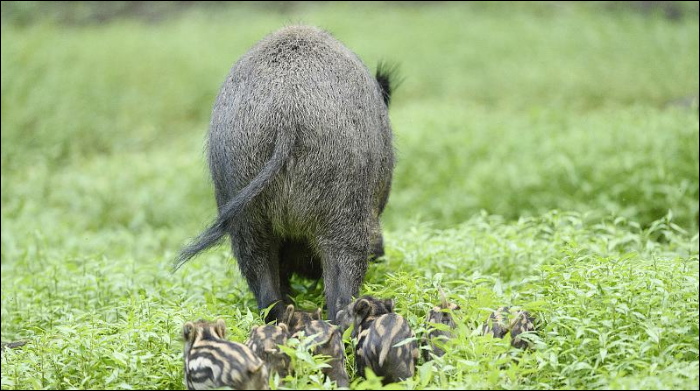 A case of African swine fever in a wild boar was reported in Baishan City, northeast China's Jilin Province, said the Ministry of Agriculture and Rural Affairs Friday.

The virus was found in a dead wild boar in Hunjiang district, according to a report by China's Animal Disease Control Center.

Local authorities have initiated an emergency response to treat and disinfect the dead boar. Other disposal measures include the inspection of local wild boars, restriction of the free-ranging of nearby hogs, inspection of the surrounding areas of wild boars, and the screening and comprehensive disinfection of all the hog farms nearby.

New outbreaks were also confirmed in four provincial-level regions in China, according to the ministry on Saturday.

Eleven hogs were dead and 50 infected among 314 hogs on one farm in Jinshan district in Shanghai, said the ministry.

Other outbreaks took place in the provinces of Jiangxi, Yunnan and Sichuan, with at least 37 pigs infected with the viral disease and at least 23 dead.

Steering groups were dispatched to these regions immediately after the outbreaks, and local authorities have started the emergency response mechanism to block, cull and disinfect these pigs. All live pigs and their products have been prohibited from being transferred out of or into the blocked areas.