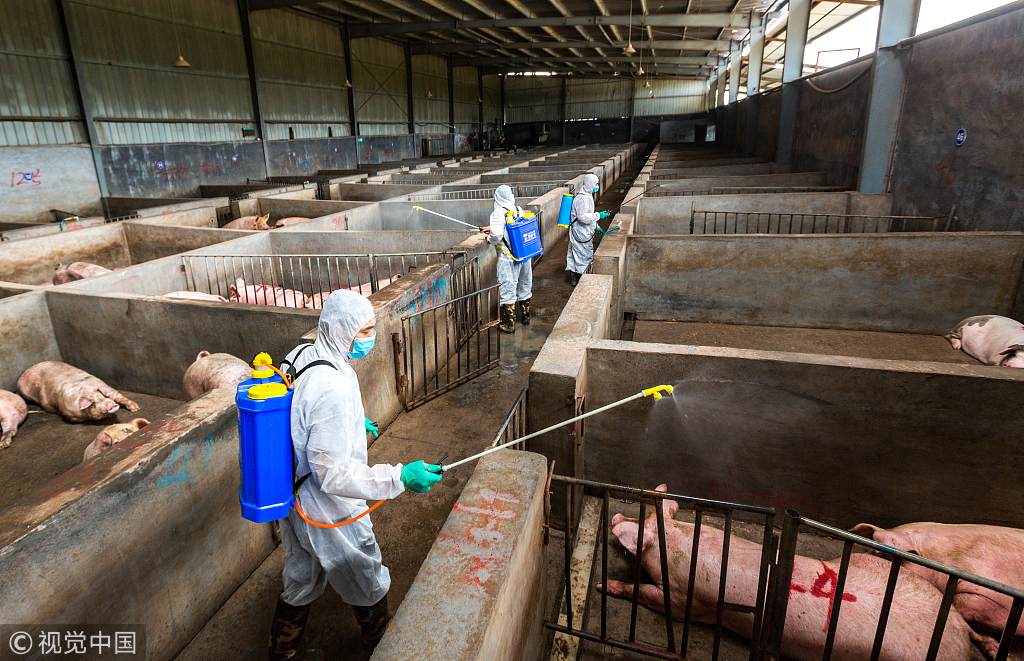 A total 292 of 639 pigs from a farm in Jizhou District in Tianjin were confirmed as affected, with 189 dead, according to a China Animal Disease Control Center report.

Local authorities have initiated an emergency response to block, cull and disinfect the affected pigs.

The outbreak is now under control.