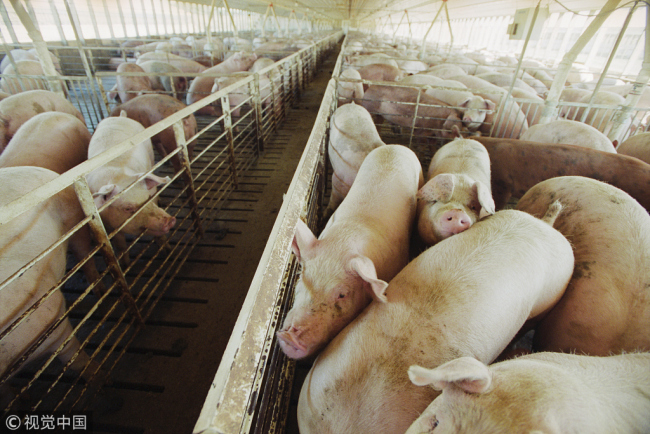 China has confirmed new outbreaks of African swine fever in southwestern province of Yunnan, the Ministry of Agriculture and Rural Affairs said Sunday.

A total of 298 of the 804 pigs on a local farm in Zhenxiong County of the city of Zhaotong were confirmed to have died from the disease, while 247 of the 353 pigs at another local farm also became infected and died, the ministry said.

Local authorities have initiated an emergency response mechanism to block, cull and disinfect the diseased pigs.

The outbreak is now under effective control, the ministry said.

African swine fever is a highly contagious, viral disease that infects pigs. It does not affect humans or other animals.

China reported its first case of the disease in August in northeast Liaoning Province. Later outbreaks were reported in several other provinces.