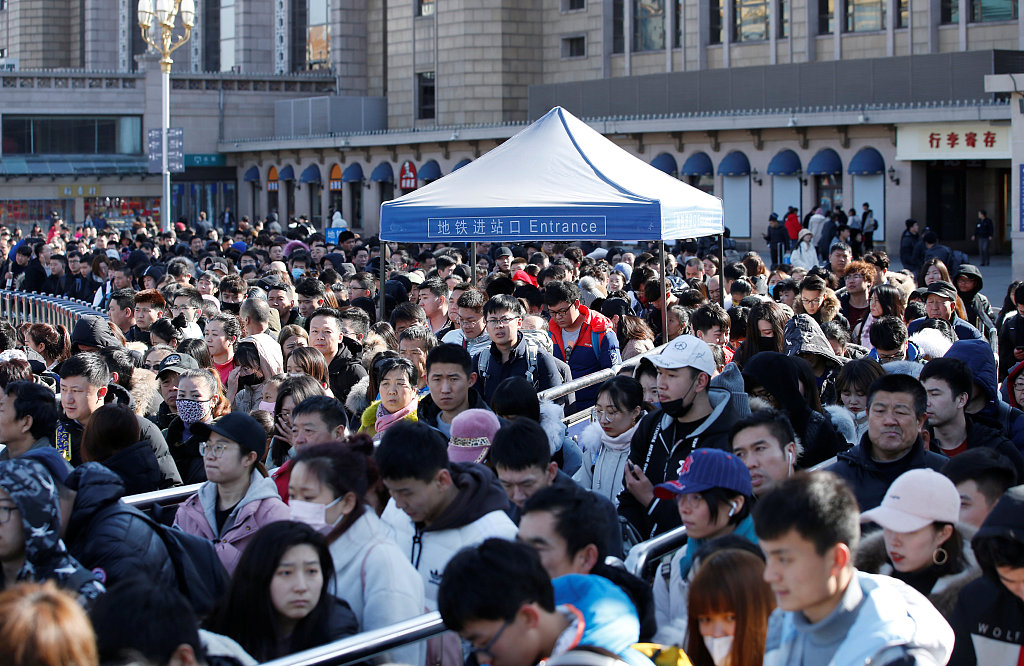 On Feb. 10, some 12.6 million passenger trips were made by rail, up 4.4 percent year on year, according to the China Railway Corporation (CRC).

Hundreds of millions of Chinese went back to their hometowns to celebrate the Chinese Lunar New Year with their families. The annual travel rush around the festival, known as "chunyun," often puts the country's transportation system to the test.