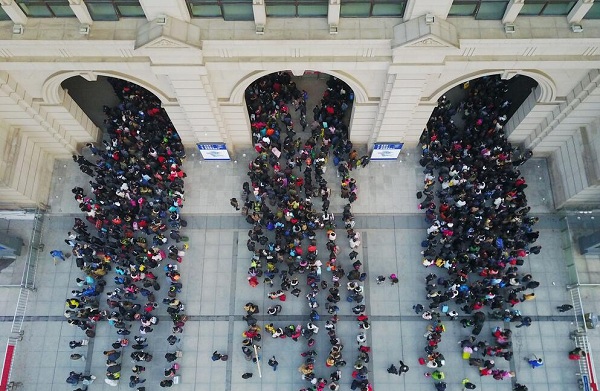 During the travel rush, spanning from January 28 to March 8 this year, an estimated 870 million trips were made nationwide. It plunged by 40.8 percent from the previous year, according to the State Council joint prevention and control mechanism against COVID-19.

The figure was also 70.9 percent less than that of the 2019 Spring Festival travel rush.

China's railways, however, handled 220 million passenger trips, up by 3.5 percent from last year's travel rush. Trips via roads were down by 50.2 percent to 600 million.

Many Chinese people opted to stay put during the Spring Festival holiday this year in response to the government's call to avoid unnecessary gatherings as part of anti-epidemic measures.