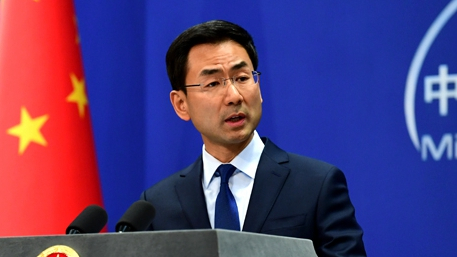 The so-called "TAIPEI Act of 2019" by the US seriously sabotages the one-China principle and the three China-US Joint Communiques, seriously violates international law and basic norms governing international relations, and grossly interferes in China's internal affairs. China expresses its strong dissatisfaction and firm opposition to this, said Geng.

The one-China principle is the prevailing trend recognized by international consensus, and altogether 180 countries have established diplomatic relations with China, Geng said.

He noted that the US established diplomatic ties with China on the basis of the one-China principle more than 40 years ago. However, the US is going against the trend of the times by thwarting other sovereign nations' pursuit of normal relations with China, which is unreasonable.