China resolves to cut emissions as it battles climate change

China, one of the world's major carbon emitters, has made monumental efforts to fulfill its commitment to preserving serene skies and lucid waters under The Paris Agreement that took effect on Nov. 4, 2016, according to a report released on Sept. 18, 2019. 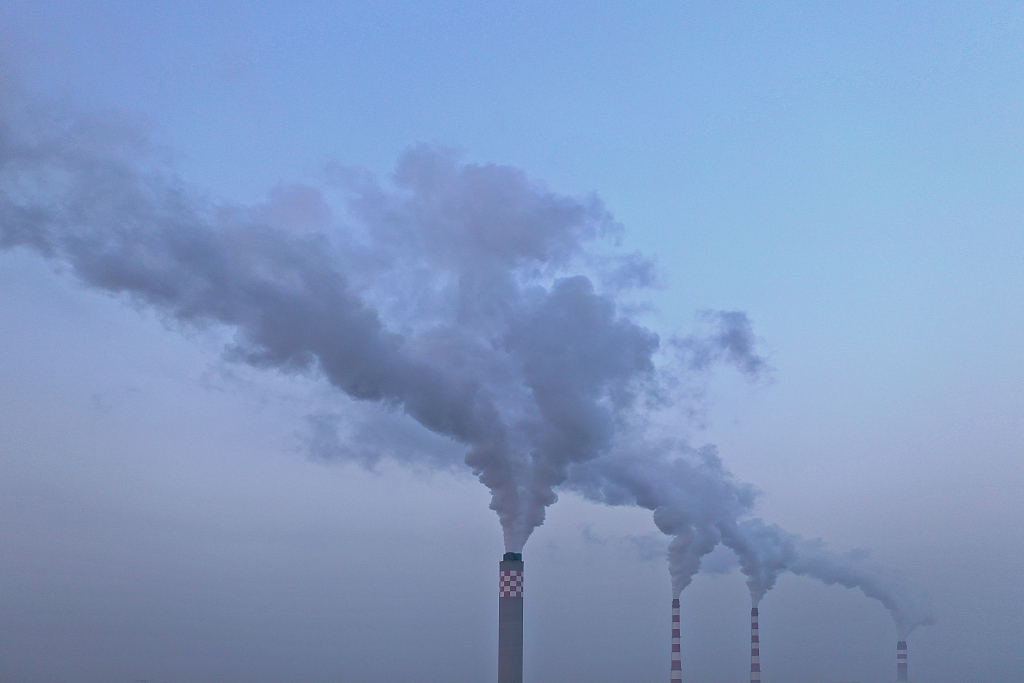 The report, focusing on China's efforts to achieve a carbon neutral future, was released on Tuesday by the Innovation Green Development Program (iGDP), a Beijing-based non-governmental organization.

According to the report, six out of the 15 indexes proposed by China, which showed the progress of its nationally determined contribution (NDC), were accomplished ahead of the schedule. The NDC is a program assessing each country's actions on climate change every five years.

In 2018, the country's carbon dioxide emissions per unit of gross domestic product (GDP) fell by 45.8%. This is already 0.8% lower than the carbon intensity which is projected to drop by 40% to 45% in 2020. At the same time, the installed capacity of photovoltaic generation hit 174 million kilowatts, which met the target two years ahead of schedule. In addition, this year's installed capacity of wind energy will probably hit the goal that was originally set to be reached in 2020.

According to Chen Mei'an, a researcher from the iGDP and the team leader of the report, China is developing strategies and charting roadmaps to build a low-carbon development model in the long term.

The report also showed that academics have reached a consensus -- as long as China can execute fully on its policies, it can reach its carbon emission and intensity reduction goals ahead of schedule. After 2030, China is supposed to no longer see a curve of growing carbon emissions.

However, there still remain uncertainties on whether China's energy development and the reduction of greenhouse gas emission can be accomplished between 2030 and 2050.

Several days ahead of this year's Climate Action Summit, which is scheduled to open on Sept. 23 in New York, a symposium hosted by the iGDP showcased China's actions and growing ambitions in its pursuit of carbon neutrality by 2050.

"It is high time for us to be alarmed by the possible catastrophic climate tipping elements and make comprehensive efforts to prevent them from happening," said Zhao Jiaxin, a Rhodes Scholar and a Chinese representative of the first Youth Climate Summit to be hosted two days prior to the main Climate Action Summit.

During his presentation at the symposium, Zhao said that one of the urgent problems threatening human society is the melting glaciers in the Arctic. According to him, the reflection of sunlight in this particular region is weakening due to the diminishing size of glaciers, which in turn accelerates the further melting of ice in the North Pole.

"If we don't act in time, the impact can be fatal," he said.

To save the planet from being affected by extreme natural disasters caused by climate change, The Paris Agreement aims to prevent the global temperature from rising above 2 degrees Celsius by this century above its pre-industrial levels and limit the further increase of temperatureto 1.5 degrees Celsius.

At the symposium, Xie Qian, the climate change and energy director of the Natural Conservancy, a US-based NGO founded in Virginia, proposed natural-based solutions such as the restoration of ecological diversities.

"The world can be likened to a big house where a smoker lives. However, when the house starts to accommodate an increasing number of smokers, the air inside becomes suffocating. The lives of the smokers cannot be saved only by getting rid of their smoking because by that time the house would already have been severely polluted. You would then need trees and a wood floor, which are capable of absorbing polluting chemicals. That is essentially what our strategy is to mitigate the impact of climate change," she said.