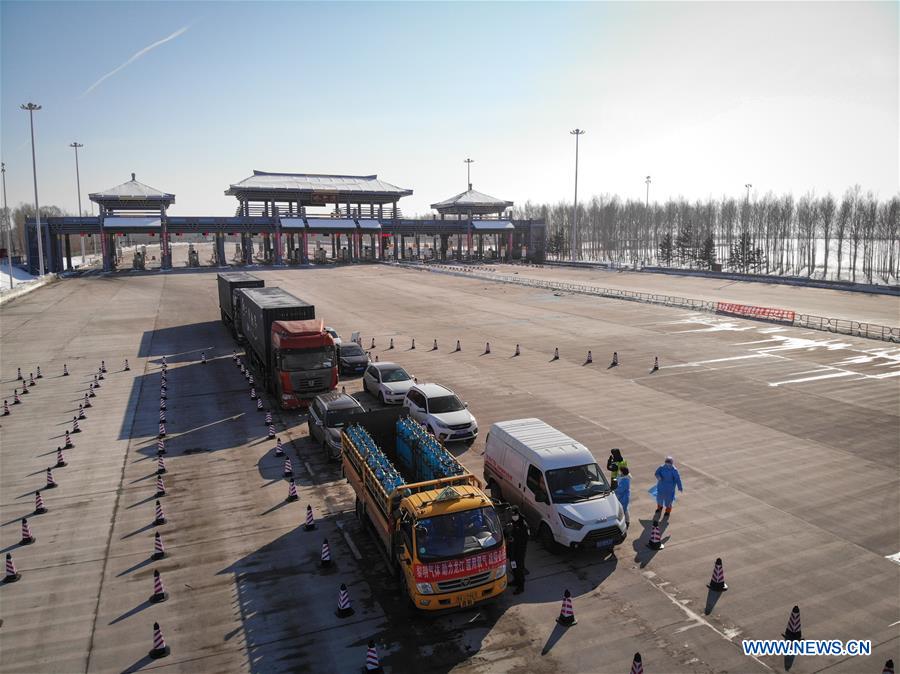 BEIJING, March 14 (Xinhua) -- China has restored normal traffic order in most areas, as 1,117 of the 1,119 closed expressway entrances and exits across the country have re-opened as of March 14.

A national teleconference on Feb 21 required efforts to restore traffic and transportation order with differentiated control in different regions to open up traffic congestion points.

The MOT issued a notice on Feb 15, making it clear that from Feb 17 to the end of the epidemic prevention and control, all vehicles passing through toll roads will be exempted from tolls.

At Xinyi east toll station, located at the junction of Jiangsu province and Shandong province, a 50-seat bus with the red sign of "China Railway Construction Engineering Group employees returning to work transport vehicle" was driving out of the station.