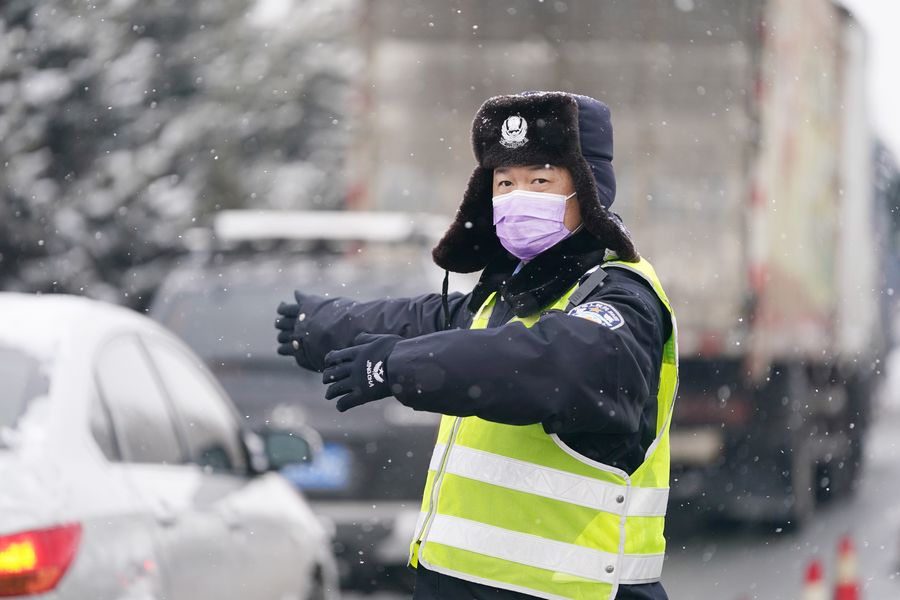 A police officer guides the traffic in the snow at a checking point in Pingfang District of Harbin City, northeast China's Heilongjiang Province, Feb. 29, 2020. [Photo/Xinhua]

China has restored normal traffic order in most areas, as 1,117 of the 1,119 closed expressway entrances and exits across the country have re-opened as of Mar. 14.