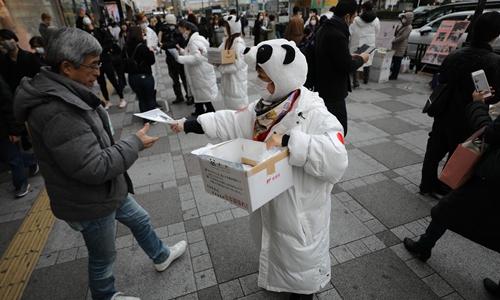 China is extending aid and support to other countries facing severe COVID-19 outbreak as the situation is gradually stabilizing within the country, reciprocating favor it received from other countries in the earlier stage of fighting COVID-19 and playing the role as a responsible power, Chinese experts noted on Sunday.

Such actions included donating medical equipment to Japan and sending professional medical team to Iran. As the country that suffered the epidemic first and has achieved significant progress battling the disease, China can help other countries with its valuable experience and capability, they noted.

The novel coronavirus outbreak appears to have entered a new stage with new infection cases continue rising outside of China, raising fears of a worldwide pandemic, while the situation has been largely brought under control inside China.

The World Health Organization (WHO) increased its COVID-19 risk assessment to "very high at a global level" last week as nearly 54 countries and regions reported cases within their borders. It is now also a daunting challenge for China to prevent infection cases imported from foreign countries.

"At the early stage, China looks like the only victim of the emergency," said Jin Canrong, associate dean of Renmin University of China's School of International Studies in Beijing. "The whole nation was in great risks and knew very little about the virus, plus facing unfair judgments and baseless accusations from the West, especially the US."

Many countries offered help to Chinese at that time, Jin said. "Now it is time for us to return the favor."

As the first country that was hit by the virus and also sacrificed hugely for containing the outbreak, China has accumulated valuable experiences and knowledge that could help other countries in virus control and this is what a "responsible great power" should do, they said.

China has always been transparent and cooperated with WHO on information and knowledge sharing, according to the Ministry of Foreign Affairs. WHO has on multiple occasions praised China for setting "a new standard" in fighting the virus.

China has sent a group of medical experts to Iran, which is suffering the most serious outbreak in the Middle East, to help combat COVID-19, China's foreign ministry spokesperson Hua Chunying said on Friday.

Previously Iran donated millions of medical masks to China despite harsh US sanctions imposed on the Middle East country.

China and Japan agreed Friday to step up public health cooperation to contain the outbreak of the novel coronavirus epidemic, the Xinhua News Agency reported.

China will donate 5,000 protection suits and 100,000 medical masks to Japan, according to the website of the Chinese Embassy to Japan on Sunday.

"An important tradition of China's diplomacy is to remember and return the favor to others," said Jin. "No matter how big or small the favor that others provided, especially when China was having a hard time, China will always remember and often will return more."

The US shortfall of 270 million masks could be solved by China in four days if the US asks for the help, noted Jin.

"After China has gradually stabilized its situation, it is totally capable of supplying medical masks to all countries around the globe," he said.

China's epidemic control approach has been scrutinized by foreign countries, now on Chinese social media, there are some Chinese netizens who critically view virus control measures in some other countries, such as allowing infected person to move freely.

Zeng Guang, a chief epidemiologist at the Chinese Center for Disease Control and Prevention, called for mutual support rather than blaming or poking fun at each other. The international community was together in the war against the COVID-19 epidemic, Zeng told the Global Times on Monday.

Other countries face different situations and have different political systems, which means different measures are to be adopted, the experts said.

The virus might flow back into China through imported cases if the epidemic worsens in other countries and regions, according to Zeng.

But to those obvious mistakes and misconducts appears in other countries, the people around the globe, including Chinese, do have rights to expressed concerns, Chinese experts noted.