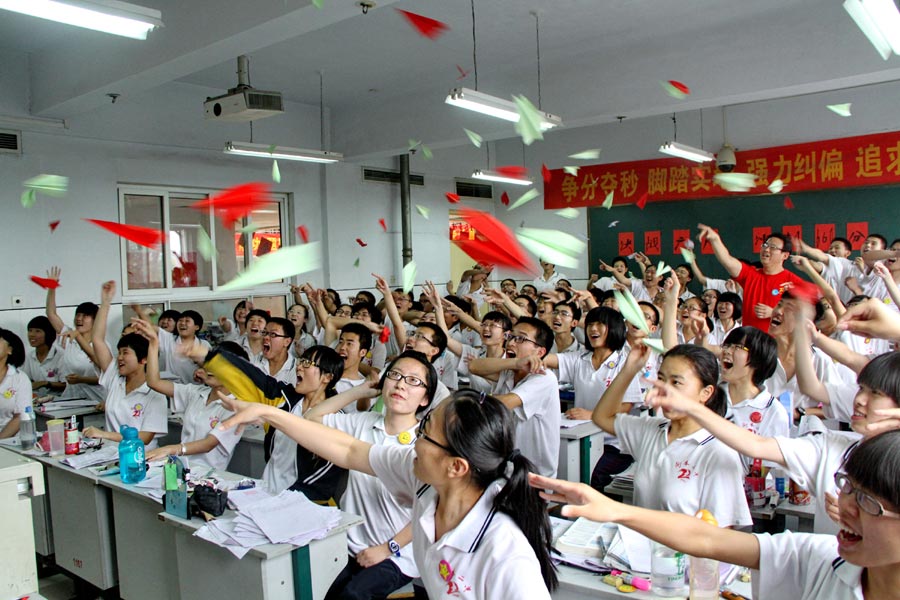 The change will cover the first graders who entered high schools in fall 2018 and later in Hebei, Liaoning, Jiangsu, Fujian, Hubei, Hunan, Guangdong and Chongqing.

The reform allows the students to have more choices -- up to 12 combinations of subjects instead of the current two choices between arts and science -- for their exams in accordance with their hobbies, interests and specialties, according to the education authority in Hebei.

The reform is also expected to prompt innovation from teachers.

Many innovative teaching methods have emerged in provinces that have already been piloted, said Yao Xunqi, principal of a Guangdong-based middle school, who believes it will lead to a more comprehensive, individualized approach in teaching.

Some educators believe greater attention will be paid to the future development of students to let them choose major courses in a more scientific manner and reduce the overemphasis on the exam.

The State Council in 2014 issued a circular, initiating the first round of comprehensive reform of college entrance exam. Shanghai and Zhejiang took the lead in carrying out the reform.