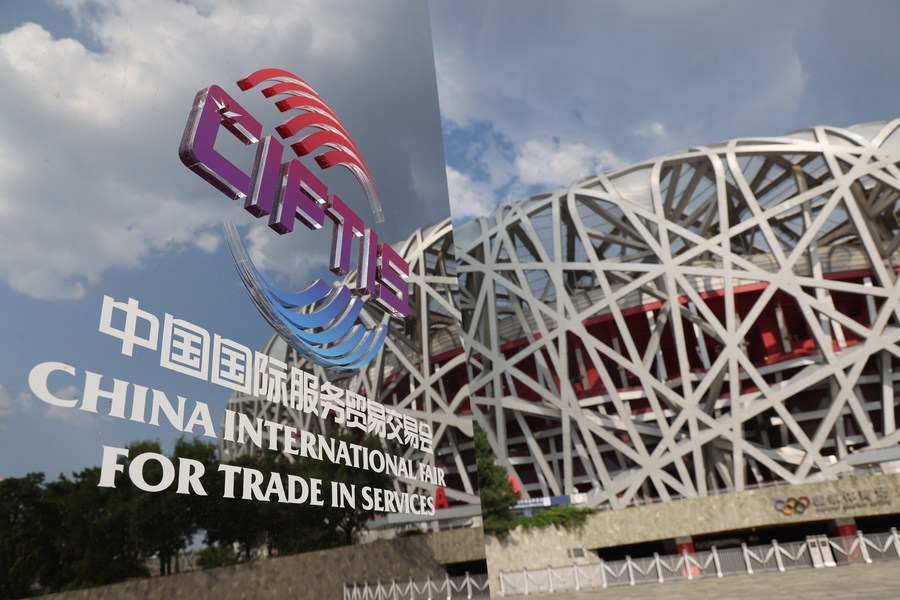 Photo taken on Sept 2, 2020 shows the outdoor exhibition area of the China International Fair for Trade in Services (CIFTIS) in Beijing. [Photo/Xinhua]

Cutting-edge technologies such as driverless cars and all-in-one VR headsets are on display at the ongoing China International Fair for Trade in Services, which also includes exhibitions featuring financial services, cultural services, tourism, education and other fields.

As the first major international economic and trade event held both online and offline in China since the outbreak of the COVID-19 pandemic, the fair has attracted worldwide attention.

As of Sept 3, 18,000 companies, 33 international organizations from 148 countries and regions, and 110 overseas trade associations had registered to take part in the event.

"Hosting the fair amid economic uncertainties demonstrates China's determination to open wider to the outside world and helps lift the global economy that has been dented by the COVID-19 pandemic and rising protectionist sentiment," said Yin Yong, vice-mayor of Beijing.

For years, China has been forging ahead with efforts to transition from an economy driven by export and investment to one that is led by services and consumption. 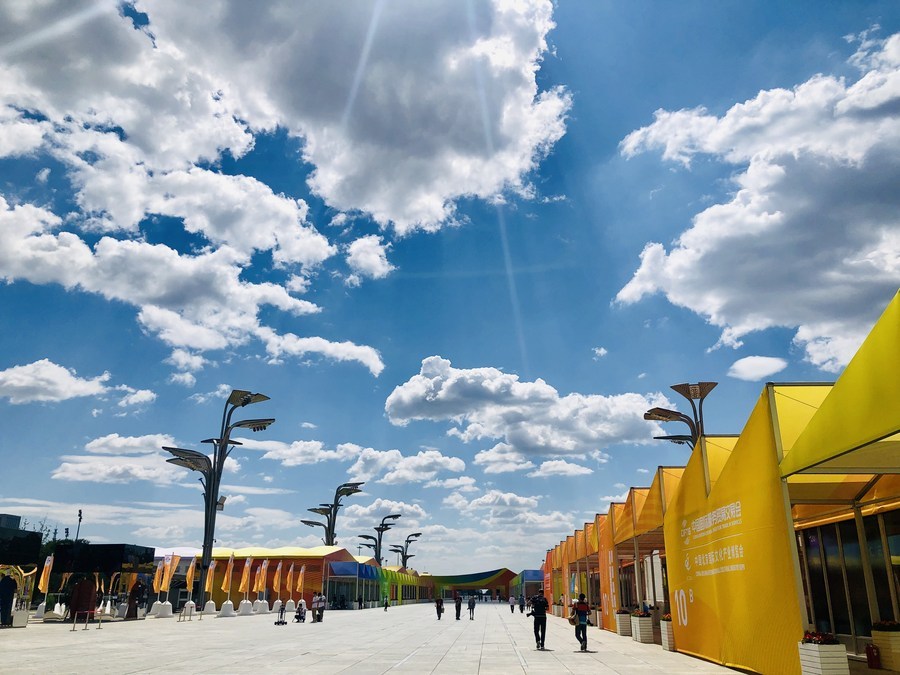 Photo taken on Sept 3, 2020 shows the temporary outdoor venue of the China International Fair for Trade in Services (CIFTIS) in Beijing. [Photo/Xinhua]

"Domestically, trade in services has become a new engine powering the development of China's foreign trade. Globally, China is an important contributor to the growth of global trade in services," said Fan Shijie, deputy director of the Department of Trade in Services and Commercial Services of the Ministry of Commerce.

As China moves up the global value chain, services trade's share of total foreign trade will continue to rise, with the knowledge-intensive sub-sector leading the increases, Fan said.

As a staunch supporter of free trade, China has stepped up efforts to increase foreign access to its local service markets over recent years.

China removed foreign ownership limits in major parts of the financial industry last year. The implementation of the new foreign investment law, which took effect on Jan 1, also encouraged foreign companies to expand their businesses in the country.

China has rolled out trials for innovative development of trade in services in 15 provincial-level regions including Hainan and Shanghai. This year, the country will launch more comprehensive trials on opening up the service sector, Vice-Commerce Minister Wang Bingnan said earlier this week.

As the world's second-biggest importer of services, China plans to import more than $10 trillion of services over the next 15 years, Wang said.

"The Chinese market is attractive to multinationals. A burgeoning middle class and their rising demand for high-quality services will present abundant business opportunities for global service providers and ultimately benefit the world economy," Zhuang said.