BEIJING, Aug. 19 (Xinhua) -- China's zero-COVID strategy continues to make sense as the rapidly-spreading Delta variant has caused increasing infections and deaths around the world, said a report by the South China Morning Post on Wednesday. 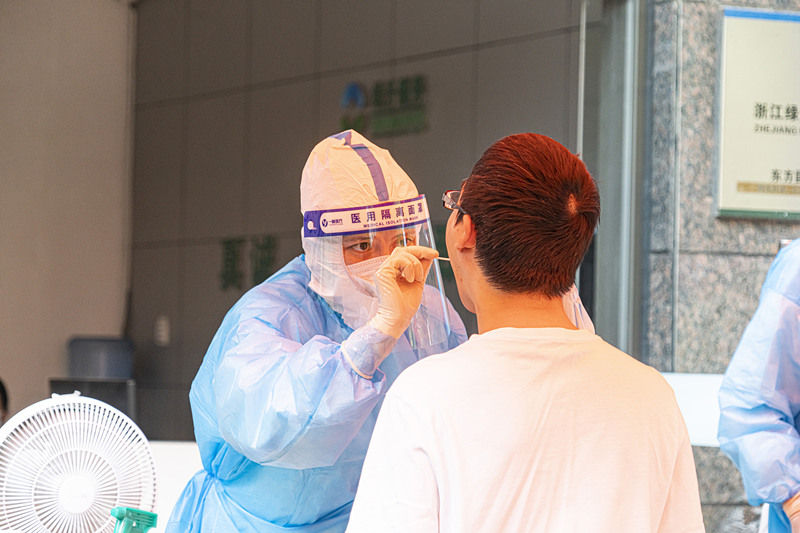 China's zero-COVID strategy has served its economy well, the article said, adding that the average two-year growth of China's economy for 2020 and 2021 is likely to reach 5.3 percent, which implies that the impact of COVID-19 has been very limited -- only 0.4 percentage points.

The article stressed that China's comprehensive containment measures, including mass testing, isolation of confirmed and suspected patients, lockdowns of high-risk areas and vaccination, have proved to be low cost and very effective, especially when the Delta variant landed in south China's Guangdong Province months ago.

"As China's domestically transmitted cases have been on the decline in recent days, the victory is surely not far off," it noted.

As for China's opening up to the world, the negative impact of strict border control measures has been "fully compensated for by the successful economic rebound."

One case to the point is that in the first half of this year, the average two-year growth rates of China's international trade and actual use of foreign capital reached double digits, according to the article.